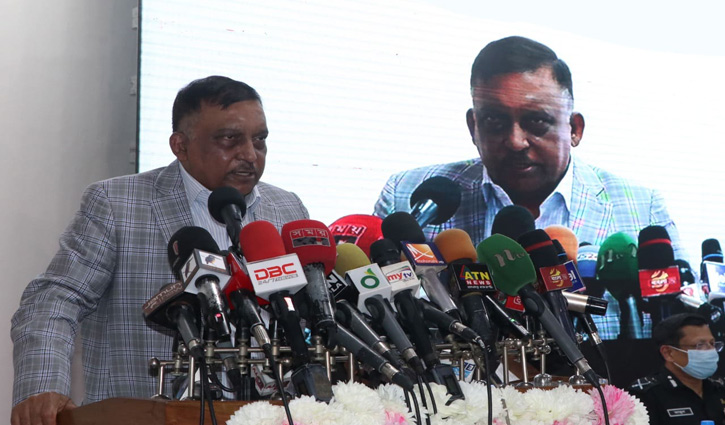 Home Minister Asaduzzaman Khan Kamal has said that those involved in making communal instigation will be arrested soon.  Law enforcers are working on that purpose.

The Minister said this while addressing a programme at the Headquarters of Rapid Action Battalion (RAB) at the capital’s Uttara on Tuesday (October 19).

Asaduzzaman Khan Kamal said, “Those are involved in such wrongdoing will be brought under accountability. They are trying to be benefited through spreading rumours and false information. The key accused of Cumilla incident is on the run. He will be arrested soon.”

He further said, “They are spreading such rumours and making instigative activities to create chaos in the state. But they bear in mind that their dreams will never come true. Because, the incumbent government is relentlessly working to keep people in peace and safe. They also had tried to be benefited through hurting religious sentiment of different religions earlier. But the government and law enforcement agencies did not let them to do that. Those were involved in the incidents were arrested and brought under the law. No exception will be this time too. It is very much unfortunate what happened in Cumilla and Rangpur. We instructed all law enforcement agencies including police to investigate the incidents.”