Fourteen cricketers joined the programme before Eid. They trained alone in five different cricket venues in the country.

“The individual training programme will resume from Saturday (August 8). The players will train as they did before the Eid. I hope more players will join this time,” Debashis told the media.

BCB is in discussion with Sri Lanka Cricket for a possible arrangement of the postponed series of three Test which is part of the ongoing World Test Championship. The series was originally scheduled to take place in July-August but was postponed due to the coronavirus pandemic.

After the postponement of this series, the International Cricket Council has decided to postpone the ICC T20 World Cup which was slated to be played in October in Australia.

After the ICC decision, BCB and Cricket Sri Lanka started talks to host the series in October. However, the final decision will be taken by hosts Sri Lanka.

Meanwhile, Tamim Iqbal, the ODI captain of Bangladesh, might not be available for practice from Saturday as he is quarantined after coming back from London where he went to see a doctor to treat the severe intestinal pain he has been complaining about for a few weeks.

“Tamim is in quarantine as per the government’s requirement. We’re looking after him on a regular basis. He might need to test if he is infected with coronavirus. We’ll see when he can join practice,” Debashis told the media. _UNB 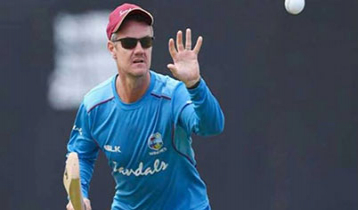