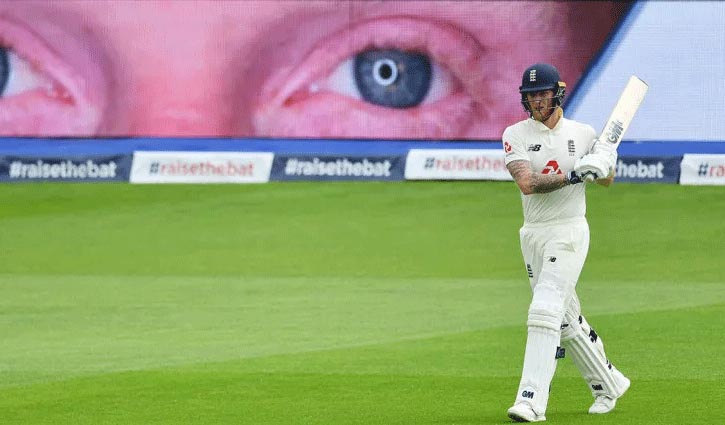 Ben Stokes has been named as the leading cricketer in the world for a second consecutive year in the 2021 edition of Wisden Cricketers' Almanack, which is published on April 15.

The honour comes after Stokes was named leading cricketer in the world in the 2020 edition, having guided England to their maiden World Cup title in 2019 and then producing one of the great Test innings to defeat Australia in the Ashes Test at Headingley. In doing so, Stokes ended a three-year run for India's Virat Kohli in winning the award and became the first English player since Andrew Flintoff in 2005 to be regarded as the best contemporary player in the world.

"Ben Stokes becomes the first England player to be named Wisden's Leading Cricketer in the World more than once, retaining the title he claimed in 2020," said Wisden's editor, Lawrence Booth. "He did it all against a backdrop of personal tragedy: his father, Ged, died in December at the age of 65."

Darren Stevens, the Kent allrounder, was named as one of Wisden's Five Cricketers of the Year at the age of 44, the fourth-oldest on record, after a standout performance in the Bob Willis Trophy. Players are chosen by the editor with "excellence in, or influence on, the previous English summer" the main criteria, and cannot be chosen more than once in their career.

"Darren Stevens is Wisden's oldest Cricketer of the Year since Leicestershire's Ewart Astill in 1933," said Booth. "His 29 Bob Willis Trophy wickets for Kent at an average of 15 confirmed his status as one of the domestic game's most unsung heroes."
Zak Crawley, Stevens' county team-mate, was another Cricketer of the Year after his feats for England. Crawley scored 267 against Pakistan in the third Test at the Ageas Bowl, a knock bettered only once by an England No. 3, when Walter Hammond made 336 not out at Auckland in 1932-33. Crawley also scored centuries against Hampshire in the Bob Willis Trophy and the T20 Blast.

He was joined on the list by fellow England batter Dom Sibley, whose stubborn presence at the top of the order was typified when he batted for more than nine hours to score for 120 and help square the series against West Indies. Jason Holder, the West Indies captain on that tour, and Pakistan wicketkeeper Mohammad Rizwan also made the list.

"Jason Holder was a giant both on and off the field last summer," Booth said. "After agreeing to lead his West Indies side on a tour of Covid-hit Britain, he inspired his team to victory over England at the Rose Bowl with first-innings figures of six for 42.

"Holder also led a dignified West Indian response to Black Lives Matter, taking a knee with his team-mates before each Test and wearing a black glove, a gesture that recalled American sprinters Tommie Smith and John Carlos at the 1968 Olympics.

"Mohammad Rizwan was an electric presence behind the stumps for Pakistan, pulling off arguably the take of the summer when he caught Ben Stokes high to his left during the First Test at Old Trafford. He also averaged 40 with the bat, and was later confirmed as his country's new captain."

Australia's Beth Mooney was named as the Leading Woman Cricketer in the World after she was player of the tournament at the T20 World Cup, her unbeaten 78 off 54 balls helping the hosts see off India in front of an 86,000-plus crowd in the final at the MCG. She was also the leading run-scorer in the WBBL.

Kieron Pollard was named as the Leading T20 Cricketer in the world with 59 sixes in various competitions - at a rate of one every 5.5 balls - with a staggering strike rate of 199.07 and averaging 53.58. He also added to his considerable list of titles, with Trinbago Knight Riders winning the CPL and Mumbai Indians following suit in the IPL.

The Almanack features on its cover an image that would become all too familiar in daily life, let alone around the cricket field: Stuart Broad wearing a protective face mask as the sport and the world came to terms with Covid-19.

Steve Waugh, the former Australia Test captain, won the photograph of the year competition for his image of children playing cricket among sand dunes near Osian, India, taken while he was travelling around the country to film a TV documentary.

In his Editor's Notes, Booth paints a poignant picture of the impact the pandemic had on cricket, remembering players lost to the disease and praising "swift measures" taken by the ECB to ensure the game could go on amid the global health crisis.

"Cricket, like everything else, had its heart ripped out… It lost family and friends," he writes. "Cricket has never been less important than in 2020 - and never more. As coronavirus spread, it seemed frivolous to wonder when the season might start, or whether anyone would be there to watch; months later, with the UK's death toll into six figures, even writing about runs and wickets felt wrong."

Booth also criticises the financial inequalities prevalent in the game and says the England team were wrong to stop taking a knee in the fight against racism. 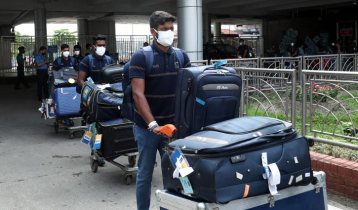 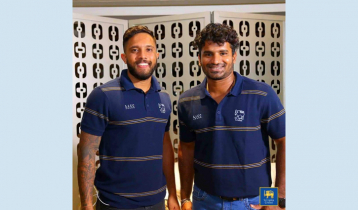 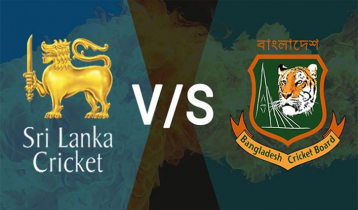 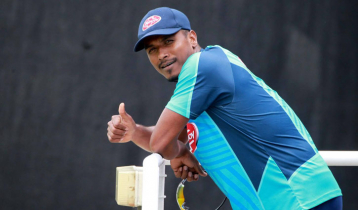 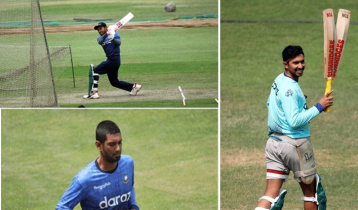 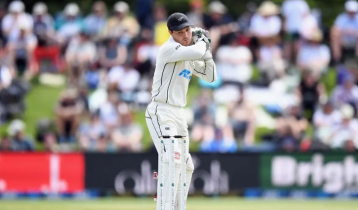 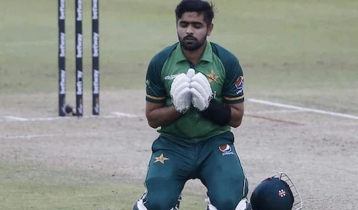 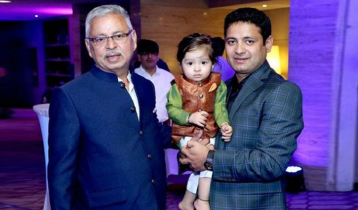