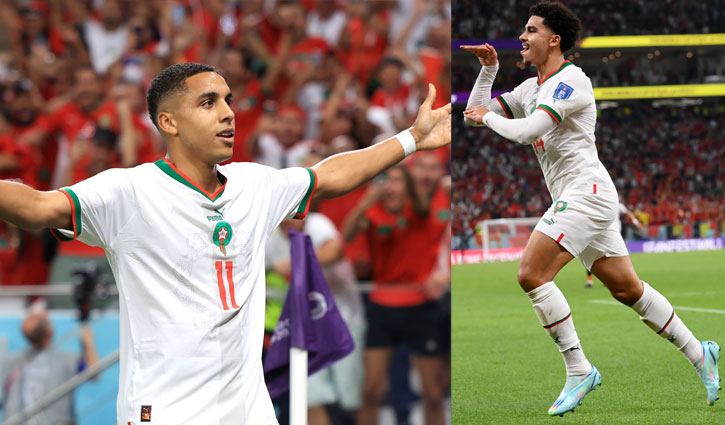 Morocco caused the latest shock at a World Cup that has been full of surprises by beating Belgium thanks to late goals by Abdelhamid Sabiri and Zakaria Aboukhlal.

Belgium keeper Thibaut Courtois was at fault for the first goal, inexplicably allowing Sabiri’s inswinging free-kick to beat him at his near post with 17 minutes to go.

But the whole Belgium side paid the price for a ponderous performance, with Morocco capping a magnificent second-half display when Aboukhlal fired Hakim Ziyech’s cutback into the roof of the net in stoppage time.

That sparked wild celebrations in the stands of Al Thumama Stadium from thousands of Morocco fans, who had created a raucous atmosphere from the start.

The result means Morocco move above Belgium to the top of Group F on four points, with Croatia and Canada meeting at 10:00 pm (Bangladesh Time) on Sunday (November 27).