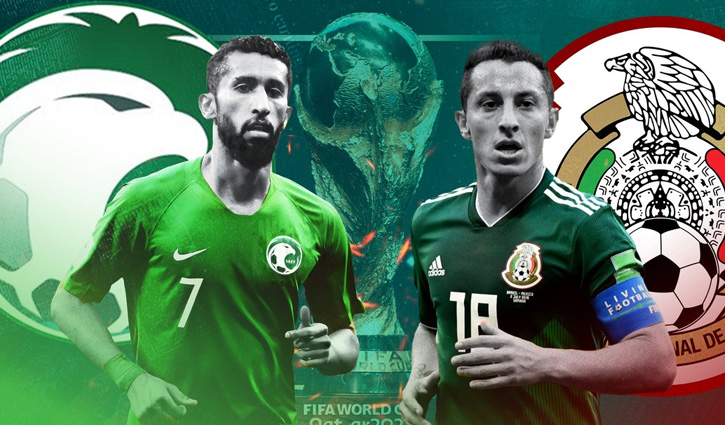 Saudi Arabia and Mexico both are ready for the final game of the group with a chance of qualifying to the knockout stages.

They will face off in clash at the Lusail Iconic Stadium today (Wednesday).

Group C provided the first major upset of the 2022 World Cup as Saudi Arabia truly put the cat among the pigeons with a historic 2-1 victory over Argentina.

With at least one of Argentina and Poland set to drop points in their top-two battle, all four sides are still in with a shot of progressing to the last-16 stage.

Poland have also emerged as a strong force, going unbeaten in their first two games, while Mexico also harbour hopes of reaching the last 16.
Having now been bumped down to third in the Group C standings, Saudi Arabia's destiny is still in their own hands, as three points against the Mexicans would safely see them through to the knockout stages for only the second time, having got as far as the last 16 in 1994.