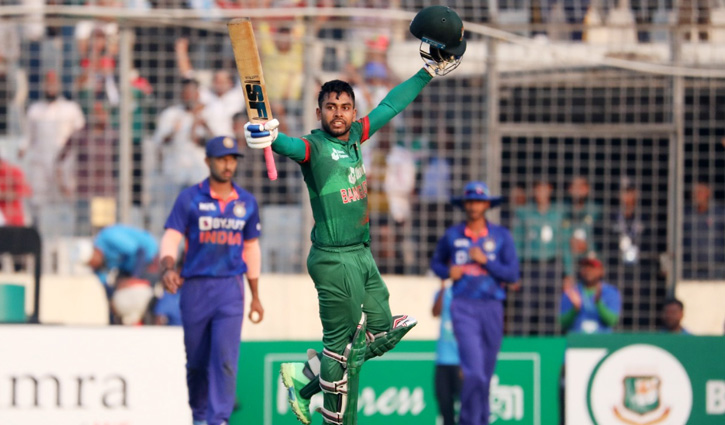 Bangladesh sealed three-match ODI series against India with a game to spare as Tigers beat the visitors by five runs in their second match at Mirpur’s Sher-e-Bangla national cricket stadium on Wednesday (December 7).

With this, Bangladesh repeated the history from seven years ago when they won the three-match home ODI series 2-1 after confirming the series in the second game in Mirpur.

For Bangladesh, Mehidy Hasan Miraz hit an unbeaten century off 83 balls as Tigers finished at 271 for 7.

Tigers lost three of their top order batsmen as skipper Liton Das (7), Anamul Haque Bijoy (11) and Nazmul Hossian Shanto (21) all went back to pavilion within 15 overs.