Sir Fazle's paternal grandfather was Khanbahadur Rafiqul Islam and his maternal grandfather was Khanbahadur Syed Moazzem Uddin Hossain, who hailed from Austagram in Kishoreganj district. Syed Moazzem Uddin Hossain was a provincial minister, first for agriculture and later for education, during the end of the British rule. Sir Fazle's other paternal grandfather Nawab Justice Sir Syed Shamsul Huda served the executive committee of the Bengal Presidency Governor as its member. He was among the chief initiators of the University of Dhaka.

Sir Fazle went to several schools, firstly Habiganj Government High School, then Cumilla Zilla School, and finally Pabna Zilla School, from where he passed his matriculation in 1952. He passed higher secondary exams from Dhaka College in 1954. He took admission in the University of Dhaka to study honours in physics, but did not complete, and moved to England. There he studied naval architecture at the University of Glasgow in Scotland for two years but left the department to study accounting. He completed cost and management accounting in 1962.

Sir Fazle returned to the then East Pakistan in 1968. He joined Shell Oil in 1970 as the head of finance and was posted in Chattogram. After a deadly cyclone hit the coast on 12 November 1970, claiming at least 300 thousand lives, Sir Fazle, along with friends and colleagues, travelled to Monpura, one of the worst hit remote islands, to distribute relief. Later they formed an organisation called HELP to continue the relief operations.

When the Liberation War broke out in 1971, Sir Fazle resigned from Shell Oil and moved back to London to campaign for the independence of Bangladesh.

Sir Fazle arrived in London in May 1971. He founded two organisations; Help Bangladesh and Action Bangladesh, along with a number of like-minded people, to campaign for the independence of Bangladesh. Action Bangladesh campaigned for garnering public as well as political support from Western governments, particularly to stop atrocities by the Pakistani army. Help Bangladesh focused on raising funds for freedom fighters.

Founding and leading BRAC to become world's number one NGO

In 1972, Sir Fazle returned to independent Bangladesh. Before returning, he sold his small London flat to initially fund the relief work he was about to undertake for the refugees coming back from India. He established Bangladesh Rehabilitation Assistance Committee (BRAC) and began relief and rehabilitation work in Sulla and Dirai upazilas of Sunamganj.

On 1 February 1972, the first phase of BRAC’s intervention in Sulla commenced. Hence it is the official date of BRAC’s establishment.

In 1973, BRAC began providing microloans. Sir Fazle was one of the earliest proponents of microfinance in Bangladesh. His aim was to help poor communities overcome poverty through microloans. Later on, BRAC also pioneered the 'graduation approach', a model for assisting people to sustainably overcome extreme poverty. The effectiveness of this model was proved in studies by renowned institutions, and has been scaled up in over 40 countries as of 2019.

Over the course of its fivedecades of operations, BRAC has innovated many successful community-driven social and economic empowerment models to sustainably fight poverty and extreme poverty across continents. BRAC began international operations in 2002 in Afghanistan and now runs development programmes in 11 countries in Asia and Africa, including Bangladesh.

BRAC was ranked the world’s number one NGO for four years in a row, from 2016 to 2019, by NGO Advisor, a Geneva-based independent media entity, for its innovative, cost-effective and evidence-based programmes.

Sir Fazle led BRAC as its executive director from 1972-2001. He then assumed the position of chairperson and held it till 2019, retiring on 1 August 2019 to become its chairperson emeritus.

Leadership roles in other institutions

Awards and Recognitions for Sir Fazle

Sir Fazle Hasan Abed received numerous national and international awards and recognition for his pioneering role in many frontiers of socio-economic development in Bangladesh and outside. A short list of these awards is provided below in chronological order beginning from the latest;
●    Yidan Prize, one of the highest international honours for promotion of education, from Hong Kong-based Yidan Prize Foundation (2019)
●    Royal Knighthoodfrom King Willem Alexander of The Netherlands (2019)
●    Lego Prizefor extensive contribution to early childhood development (2018)
●    Laudato Si’ Awardfor creating opportunities for millions of people living in poverty to realise their potential (2017)
●    The Jose Edgardo Campos Collaborative Leadership Awardfrom the Global Leadership Forum and World Bank Group, Washington DC (2016)
●    World Food Prize for outstanding contribution in the agriculture and food sector (2015)
●    Leo Tolstoy International Gold Medal from the Russian Children's Fund (2014)
●    Spanish Order of Civil Merit for efforts in tackling poverty and empowering people living in poverty (2014)
●    WISE Prize, one of the highest international honours for promotion of education, from the Qatar Foundation (2011)
●    Knighthood from the Crown of England in recognition of services in reducing poverty in Bangladesh and internationally (2009)
●    The then UN secretary-general Ban Ki-moon named Sir Fazle as one of the most significant personalities of the developing nations (2010)
●    Ashoka recognised Sir Fazle as one of the ‘Global Greats’ (2010)
●    Entrepreneur for the World Award from the World Entrepreneurship Forum (2009)
●    David Rockefeller Bridging Leadership Award (2008)
●    Clinton Global Citizenship Award (2007)
●    Palli Karma Shahayak Foundation (PKSF) Award for lifetime achievement in social development and poverty alleviation (2007)
●    Gates Award for Global Health (2004)
●    UNDP Mahbubul Haq Award for Outstanding Contribution to Human Development (2004)
●    Recognised as an Outstanding Social Entrepreneur by the Schwab Foundation for Social Entrepreneurship
●    The Olof Palme Prize in 2001from Sweden (2001)
●    Ramon Magsaysay Award for Community Leadership (1980)
Sir Fazle Hasan Abed received many honorary degrees, among them are from Princeton University (2014), the University of Oxford (2009), Columbia University (2008) and Yale University (2007). 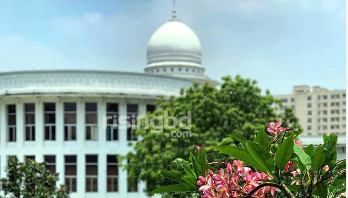