Coronavirus or Covid-19 is spreading quickly in many parts of Italy.

Authorities in Italy announced the deaths of four more coronavirus patients on Friday, bringing the total number of deaths in the virus to 21.

At a press conference on Friday evening, health authorities stated the number of overall cases had risen to 821, up from 650 the previous day.

That number includes around 45 people who had been infected but are now fully recovered.

Only around half of that number are clinical cases, explained Angelo Borrelli, head of Italy's civil protection department.

The non-clinical cases have few or no symptoms, and are not in hospital but in isolation at home.

Some 64 of the patients are in intensive care.

Authorities confirmed total of 21 deaths across the country since the coronavirus outbreak began little over a week ago.

The majority of the fatalities were in the northern region of Lombardy, which is the centre of the recent outbreak. The region has over 400 cases with around 10 percent of that number reported as recovered.

Italy has seen a huge surge in the number of cases since last Friday, when only three were reported.

Italy now has the highest number of people with the virus in Europe, and the highest death toll.

It has also been a point of contagion with many cases in other countries involving people who returned home after travelling in infection-hit areas of northern Italy.

Italian authorities have urged calm whilst taking action, sometimes draconian, to halt the spread of the virus.

Prime Minister Giuseppe Conte urged people "not to give in to panic and follow the advice of health authorities".

Since Saturday, more than 50,000 people have been confined to 10 towns in Lombardy and one in Veneto - a drastic measure taken to halt the spread of the disease.

Italian government ministers have stressed that Italy remains safe to visit, as most of the country remains unaffected by the virus.

The number of cases of infection reported has risen steadily each day, though Italian researchers said on Friday that did not mean the virus was spreading.

Most cases are believed to be people who had caught it previously, but had not been tested until now. 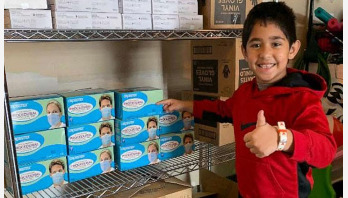