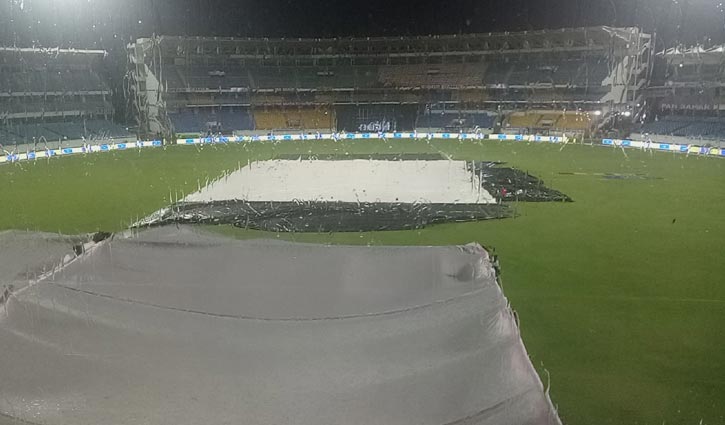 Cyclone Maha can play a spoilsport during the second Twenty20 International (T20I) between India and Bangladesh in Rajkot.

A young Indian side will look to save the Twenty20 International (T20I) series against Bangladesh during the second match at the Saurashtra Cricket Association Stadium on Thursday with Cyclone Maha threat looming large over Rajkot.

There are chances of Cyclone Maha playing a spoilsport on the match day when the two sides face off for a crucial contest. Bangladesh came to India without the services of their premier all-rounder Shakib Al Hasan, but they will be high on confidence after registering their first-ever T20I match victory over the hosts. Veteran batsman Mushfiqur Rahim led by example for Bangladesh in the first T20I and will look to carry on the fine show to help his side clinch the series. Top-order batsmen Liton Das and Soumya Sarkar will look to add more firepower to their batting while facing an inexperienced Indian bowling attack.

Shafiul Islam and Aminul Islam will be crucial for Bangladesh in the bowling department as they will be looking to provide breakthroughs at regular interval. Bangladesh will hope their premier fast bowler Mustafizur Rahman returns to form after he went wicket-less in the New Delhi T20I.

Indian batsmen will look to up the ante in the second T20I after managing to get a chaseable 148 runs on board in the first match. It will be interesting to see if stand-in captain Rohit Sharma gives Kerala wicket-keeper batsman a chance ahead of all-rounder Shivam Dube after the latter's poor show in the last match.

Fast bowler Khaleel Ahmed leaked too many runs in the death overs of the previous match but will look to return with an improved show. Spinner Yuzvendra Chahal was the most economical in the first match but he failed to chip in with regular breakthroughs.

India will have to put their best foot forward in the second T20I to save the series after an under-par performance in the series opener.