Ireland's visa so easy to get! (Part-III)

Uday Hakim, back from Dublin (Ireland): I thought I would submit visa documents by May 9. I expected to get visa by ten or eleven days. I would manage to attend the presentation ceremony even if I started the journey for Ireland in the morning on May 12. But the paper was yet to be submitted! How could I get the visa? When will I get it? Can I get it at all?

The La Meridien Hotel in Delhi is very well-appointed. Lots of boarders are seen there. It’s the nearest hotel at the embassy area of Chanakyapuri in the city. Dr Iqbal went to the hotel room in the tenth floor and asked me, “Have you liked the room? “Yes,” I replied, though the room is smaller against the hotel's name and brand value. He opened the window at the east. Scores of decent trees were seen from the window standing near the apartment.

We took rest for a while. “Let's go out,” Dr Iqbal drew my attention. “Where will we go?” I enquired him adding that I did not know the Delhi city. “No problem, I know,” he smiled. “Let's have something to eat before we go.” 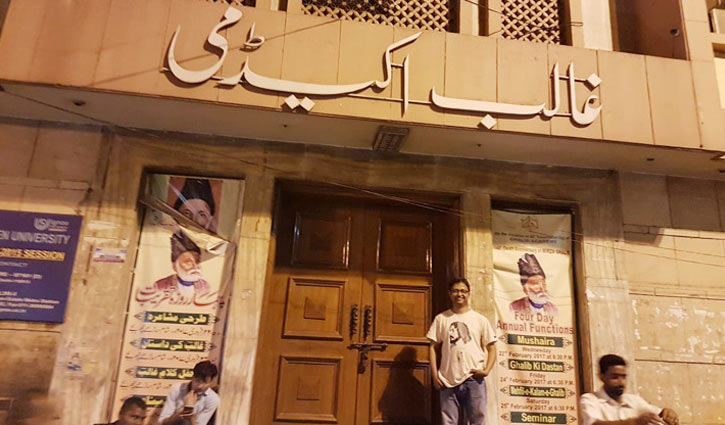 “Do you want to visit the shrine even after being a doctor?” I surprisingly asked him. The doctor smiled and said, “I went before. Let's go again. The food there is very delicious. What else to do in the evening? Come on, take a little stroll around.”

We went out and reached the shrine within half an hour by an auto-rickshaw. There were so many auto-rickshaws on the streets of Delhi. These were like CNG driven auto-rickshaws in Bangladesh. But they were in Diesel-run.

Hundreds of people were struggling to get along the way to Dargah! Many people had been living in the main building long before. I did not like being inclined to push this crowd. Healthy people even were struggling hard to walk on these roads. Dr Iqbal was going with his own style in the throng. Sometimes, he was lost in the huge crowd.

The shrines are filled with different people and this is possible only in this subcontinent. People here are trendy! Dr Iqbal was walking down the alley lane, dirty and filthy roads there. The adjoining buildings are the same as our old Dhaka.

You can find the poor imprints on shops and stalls besides the pathway. He went to the upstairs. There is no place to sit at all. Hotel employees were rushing up and down with dirty sweat and food piled up.

The food, however, is really delicious in the restaurant. The evening came down when we left the restaurant after eating the bread and meat. Standing outside the main building of the shrine he asked me, “Will you go inside? The shoes have to be unchained.”

Library and Mirza Ghalib's shrine is next to the Nizamuddin shrine building. The library is closed at that time. I have stood outside the shrine. The doctor stood in front of the library door and took selfies and pictures. It’s impossible to survive there with heat wave. So, I went out and took a scooter to the hotel.

I was thinking about the visa only. It seemed I wouldn’t get visa. I’ve visas for many countries on the passport. I would be ashamed if I couldn’t get a visa for Ireland. The doctor suggested that if they don’t permit you to enter into the embassy, then you should go to Farid Hossain (Press Minister of the Embassy of Bangladesh in Delhi). He would try to do something himself with the help of High Commissioner. It seemed all might be difficult and impossible.

I left for the embassy of Ireland at ten o'clock in the following morning. The embassy building is just like a stronghold. It seemed more impassable to me. A squirrel was plying on the lower wall of the park situated at the opposite side of the embassy building. It was making me mocked. It was seemed to have realized- as long as you (Uday) won’t get a visa! I took the mobile phone and captured a picture of the squirrel. It didn’t care me much.

The person I met on the previous day was sitting inside. A couple of years had already been passed. I couldn't even find the notebook. So I don't remember the guy's name. His home was at Dharamshala.

“Please, tell me how I can get a quick visa for Ireland. Try to understand, there is a cricket game in Ireland; a company in Bangladesh is giving money for the tournament. This is Ireland's profit. I have to stay in the presentation ceremony. The first match will be held on May 12 while today is the 9th May. I’ve no time in my hand. Please help me out,” I requested the man courteously.

The man smiled again he did the previous. “Nothing to do, visa related papers must be submitted in Kolkata. There is no application process for Bangladeshis in Delhi. But those who can apply in Delhi are required to give papers by courier only and it will take long,” he replied.

“Can’t I go to Ireland?” I expressed worries to him. “What would I say?” he replied. “But there is another way,” added the man. “What?” I was looking anxiously at the man's face. “You can post a paper from DHL Center in Delhi. It will take a little time then,” he suggested.

I respectfully requested the man to let me in. “You can understand that the matter is important. I will talk to the ambassador. If not, let's talk to anyone else,” I told him. 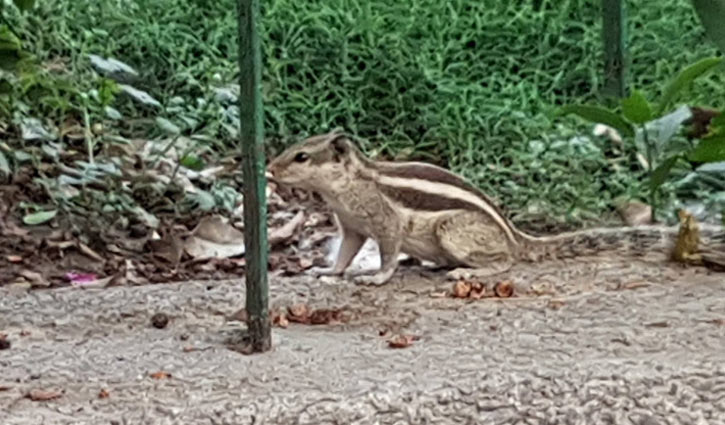 The squirrel in the park with its twisted expression at me

“Impossible! If you want to meet someone here, you have to have an appointment beforehand. There is no emergency gate here,” he responded me with his rigid face now. I requested the man again to let me in. “Not possible,” nothing new in his answer.

What is to be done! I went to the small park next to the embassy building. The squirrel gestured at me again. It seemed as if it was joking about my helpless situation!

(Uday Hakim is the advisory editor of risingbd.com and also an executive director of Walton Group)