They took charges through paying tributes to Father of the Nation Bangabandhu Sheikh Mujibur Rahman’s portrait at the capital’s Dhanmondi 32.

Joy said, “We officially started our journey with paying tributes to Bangabandhu Sheikh Mujibur Rahman. We will work to strengthen hands of Prime Minister Sheikh Hasina. We conduct activities as per instructions given by PM to build ‘Sonar Bangla’ dreamt by Bangabandhu.” 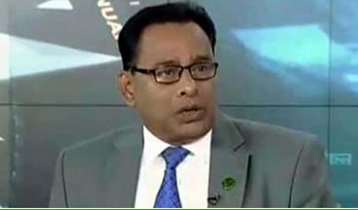