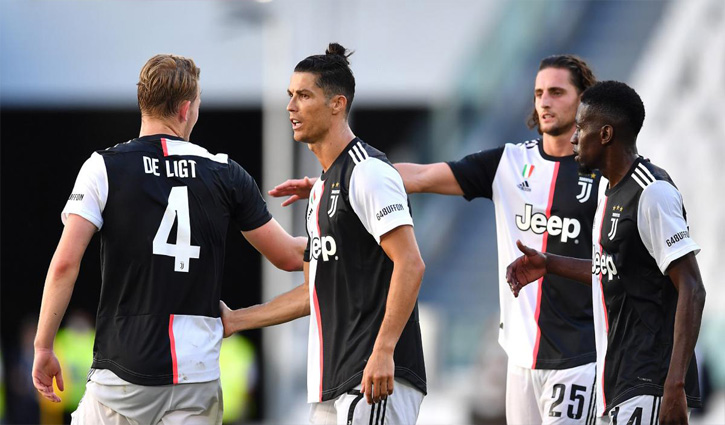 Juventus beat Torino 4-1 on Saturday (July 4) in Italian Serie A league where Cristiano Ronaldo and Gianluigi Buffon set a record.

Besides, Cristiano Ronaldo scored 55th free-kick goal at 62th minutes of the match. He scored Juve’s third goal to take his tally to 25 league goals this season, four behind Lazio forward Ciro Immobile who leads the Serie A goal scoring charts.

On the other hand, Buffon, 42, only makes the occasional Serie A appearance these days and has had to wait since December to break the record.

Juventus, who are looking for a ninth consecutive league title, are seven points above Lazio, who host AC Milan at 20:45 BST.