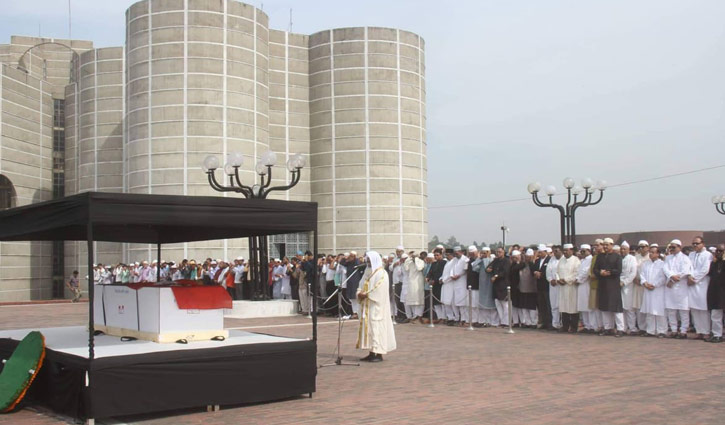 The first namaz-e-janaza of Sadeque Hossain Khoka, BNP vice-chairman and former mayor of undivided Dhaka City Corporation, was held after his body arrived in Dhaka from New York on Thursday morning.

The janaza took place at 11.25am at South Plaza of Jatiya Sangsad.

The body of former mayor arrived in Dhaka from New York on Thursday morning. An Emirates Airline flight carrying his body reached Hazrat Shahjalal International Airport around 8:26am.

A janaza of Khoka was earlier held at Jamaica Muslim Center in New York, joined by a number of Bangladeshis on Monday.