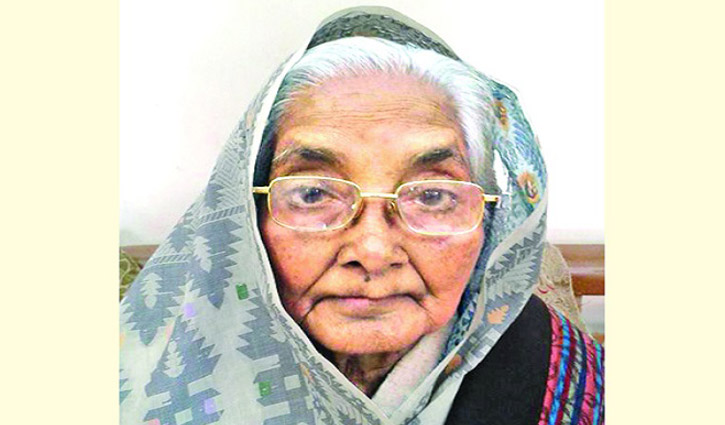 Language Movement activist Rawshan Ara Bachchu has passed away at a city hospital at the age of 87.

She died at Dhaka’s Apollo Hospital on Tuesday.

Confirming the matter, Tahmida Khatun, daughter of Rawshan Ara Bachchu said, “Mom had been ill for several days. She was suffering from old age complications.”

Rowshon was born in Usilapara village under Kulaura upazila of Moulvibazar on December 17, 1932. She took masters’ degree from Dhaka University in 1953.