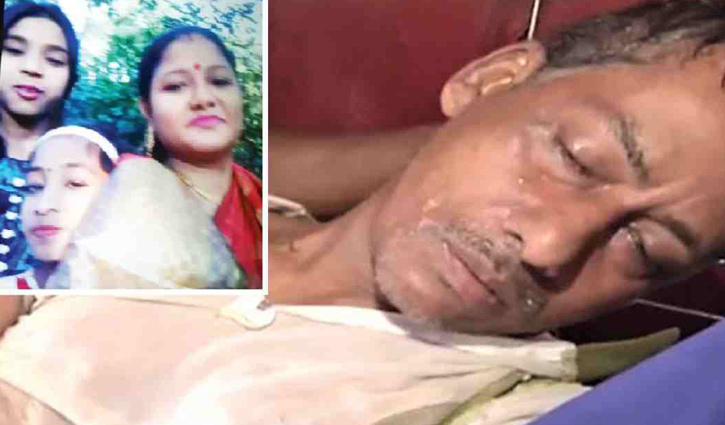 Locals said, the person was suffering from mental depression after losing his wife. His wife died from cancer few years ago. His depression increased when he lost his job recently.

On Wednesday (July 1), he killed his two daughters – Tuku Barua, 14 and Nishu Barua, 11. Later, he tried to commit suicide drinking poison and died on Thursday afternoon.