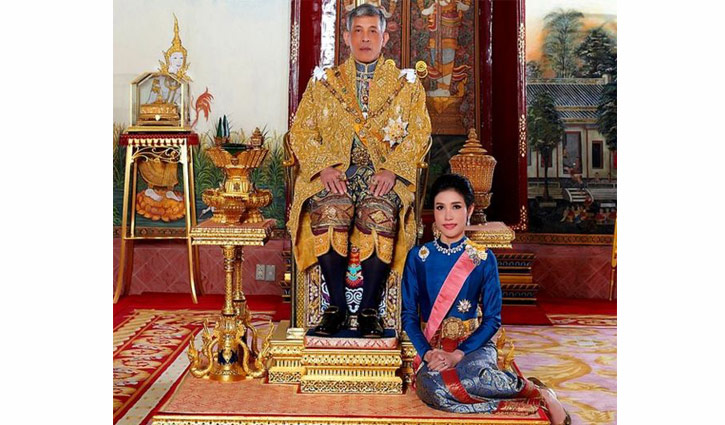 Thailand's King Vajiralongkorn has stripped his royal consort of her rank and titles for "misbehaviour and disloyalty against the monarch".

An official announcement said Sineenat Wongvajirapakdi had been "ambitious" and tried to "elevate herself to the same state as the queen".

"The royal consort's behaviours were considered disrespectful," it said.

She was appointed in July, just two months after the king married Queen Suthida, his fourth wife.

Sineenat, who was a major-general and is a trained pilot, nurse and bodyguard, was the first person to be awarded the title of Royal Noble Consort in nearly a century.

Queen Suthida - a 41-year-old former flight attendant and deputy head of his bodyguard unit - is King Vajiralongkorn's long-term partner and has been seen with him in public for many years.

The announcement that Sineenat had been stripped of her titles was published in the Royal Gazette on Monday. It marked a sudden fall from grace for the royal consort, who for several years was seen often at the side of King Vajiralongkorn.

Even after the king's marriage to Queen Suthida, Sineenat was a regular guest at royal events. _Agencies