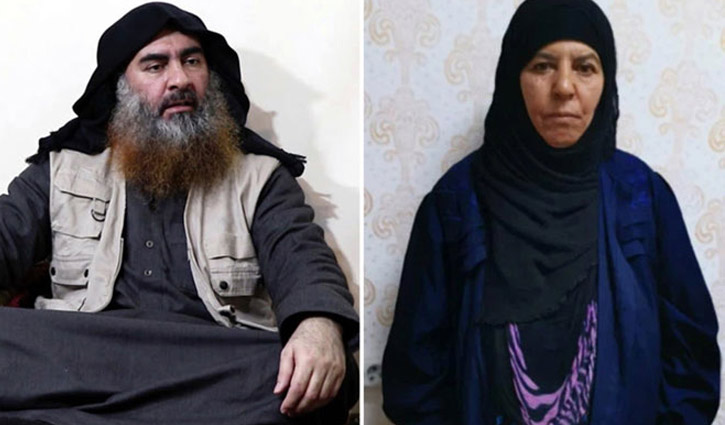 Turkey has captured the elder sister of slain Islamic State of Iraq and the Levant (ISIL or ISIS) leader Abu Bakr al-Baghdadi in a raid in northwestern Syria, according to a senior Turkish official.

The official said on Monday that the 65-year-old known as Rasmiya Awad was detained with her husband, daughter-in-law and five children in a trailer container she was living in near the town of Azaz in Aleppo province.

The adults are being interrogated, he said, speaking to news agencies on condition of anonymity, calling the arrest an intelligence "gold mine".

"This kind of thing is an intelligence gold mine. What she knows about (ISIL) can significantly expand our understanding of the group and help us catch more bad guys," the official said.

The arrest came days after US President Donald Trump announced in late October that US forces carried out an operation killing al-Baghdadi in Syria's Idlib province.

"The arrest of al-Baghdadi's sister is yet another example of the success of our counter-terrorism operations," Fahrettin Altun wrote on Twitter early on Tuesday.

"Much dark propaganda against Turkey has been circulating to raise doubts about our resolve against Daesh," he wrote, using Arabic acronym for ISIL.

"Our strong counter-terrorism cooperation with like-minded partners can never be questioned."

Azaz is part of the region administered by Turkey after it carried out a military operation to chase away ISIL and Kurdish fighters it considers "terrorists" starting 2016. Allied Syrian groups manage the area known as the Euphrates Shield zone.

Under al-Baghdadi's command, ISIL became one of the most brutal armed groups in modern history and, at its peak, its self-declared caliphate covered territory across Iraq and Syria roughly equivalent to the size of the United Kingdom. In the following years, a series of offensives gradually stripped the group of its territory, with its fighters losing their final scrap of land in Syria in March this year.

Five days after Trump's announcement, ISIL confirmed al-Baghdadi's death and identified his successor as Abu Ibrahim al-Hashemi al-Qurayshi. It did not provide any other details about the new leader.

A senior US official last week said Washington was looking at the new leader to determine where he came from.

World leaders welcomed his death, but they and security experts warned that the group remained a security threat in Syria and beyond.