International Desk: The foreign secretary of UK has urged Iran to reverse its "illegal" seizure of a British-flagged tanker in the Gulf.

Jeremy Hunt said it "raises very serious questions" about the security of British and international shipping in the Strait of Hormuz.

It comes as Iran released new footage of the capture on Friday of the Stena Impero.

Speaking after a phone call with his Iranian counterpart, Mr Hunt said Iran viewed this as a "tit-for-tat situation" following the detention of an Iranian tanker in Gibraltar.

But he said "nothing could be further from the truth".

The Stena Impero's owners said they wanted access at the port of Bandar Abbas to the 23 crew members, who they said are in good health.

BBC security correspondent Frank Gardner said it appears the Iranian Revolutionary Guard was "quite prepared to push this right up to the brink of a conflict, yet probably stopping just short of one".

Agent behind Soleimani killing shot down? 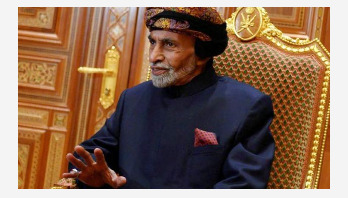