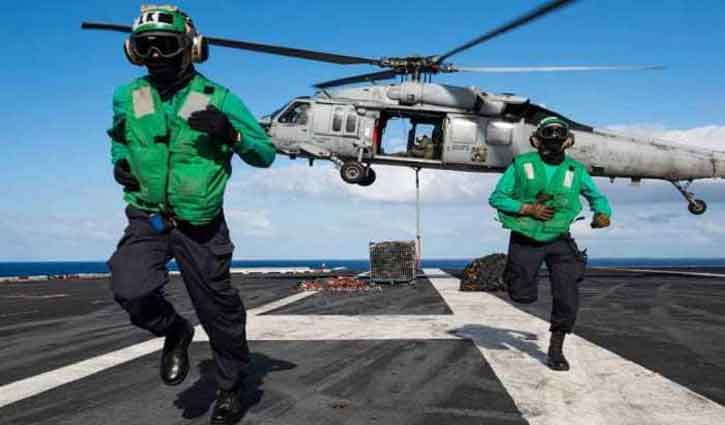 The U.S. is sending two aircraft carriers into one of Asia’s hottest spots to deliver a pointed message to China that it doesn’t appreciate Beijing’s military ramp-up in the region.

According to a report by the Wall Street Journal, the USS Reagan and USS Nimitz will be conducting naval exercises on the disputed waters of the South China Sea while the Chinese navy holds drills there.

"The purpose is to show an unambiguous signal to our partners and allies that we are committed to regional security and stability," Rear Admiral George M. Wikoff was quoted as saying Friday.

He added that the exercises were not a response to the ones being conducted by China. The Pentagon this week criticised China calling its naval exercise as "counter-productive to efforts at easing tensions and maintaining stability".

China last week announced five days of drills near the Paracel Islands starting July 1, which are claimed by both Vietnam and China.

The United States has accused China of trying to intimidate its Asian neighbours and expressed concerns that it might want to exploit the extensive oil and gas reserves on the region.