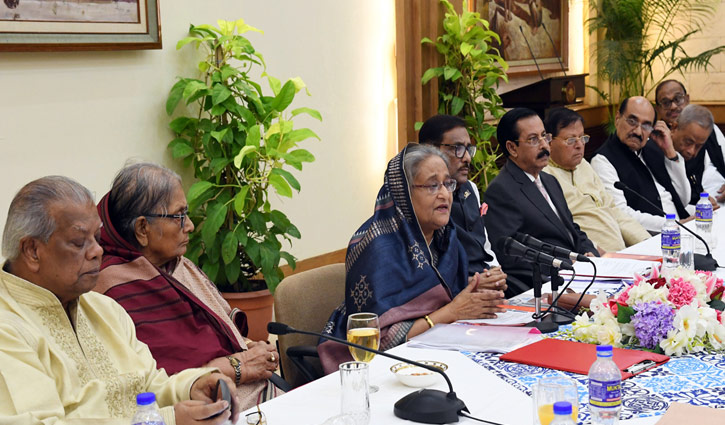 Alongside, the party will issue show cause notices to the leaders who were indirectly involved in instigation in this connection. They will face suspension from the party high authorities unless they can come with satisfactory reply.

The decision was taken at a meeting of the AL Advisory Council and Central Working Committee at Prime Minister’s official residence ‘Ganabhaban’ on Friday afternoon.

Several leaders who attended the meeting confirmed the news to risingbd.

According to sources, several MPs were also in the list who played their roles against ‘boat’ in upazila polls. Those were against ‘boat’ will be suspended directly.”

“On the contrary, those instigated to leaders to oppose polls will be served show cause. They will be asked to reply within 15 days. Those will fail to come up with satisfactory reply will also face suspension,” the sources said.

She said, “Advisers are as like think-tanks. I want you become more active. There are all facilities in our party. Those of you arrange meetings and seminars, continue the programmes to make the party stronger organizationally.”