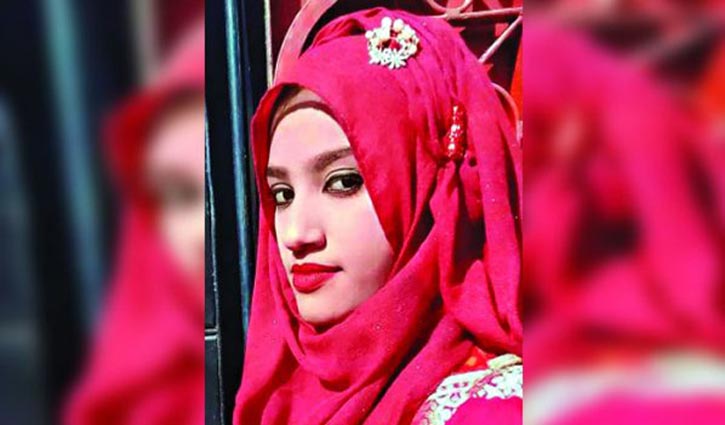 A Feni tribunal is set to deliver its verdict in the case filed over the murder of Nusrat Jahan Rafi, a madrasa student who died after being set ablaze, on October 24 (Thursday).

Judge Mamunur Rashid of Feni Women and Children Repression Prevention Tribunal will hand down the verdict as the arguments of both sides completed.

Nusrat Jahan Rafi, a student of Sonagazi Islamia Senior Fazil Madrasa, was set ablaze allegedly for refusing to withdraw a case filed against the principal for sexually harassing her.

The 18-year-old girl was tied up and set afire on the roof of the madrasa's administration building before she could sit for the Alim exam equivalent to HSC on April 6.

Nusrat lost her battle for life on April 10, five days after the incident.