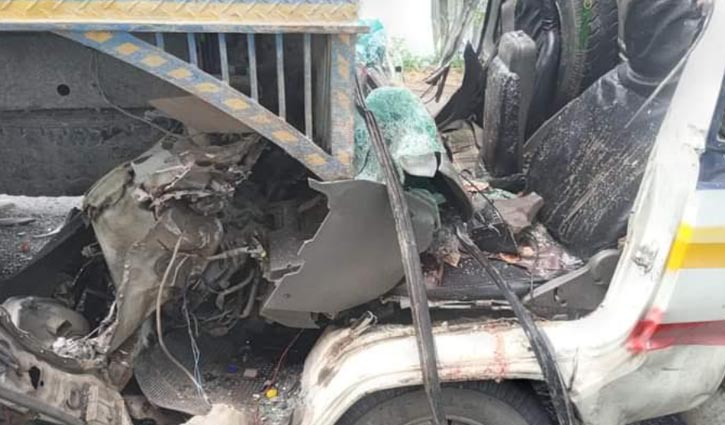 Two people were killed as a mini covered van hit a stone-laden truck stationed near the road in Santhia upazila of Pabna district.

The incident took place on Dhaka-Pabna highway at Sharisha bridge area of the upazila on Tuesday (October 4) morning.

The deceased were identified as Sagor Mia, 28, son of Sihab Uddin Mia and Monir Hossain, 19. Sagor was the driver of the covered van and Monir was the helper of the vehicle.