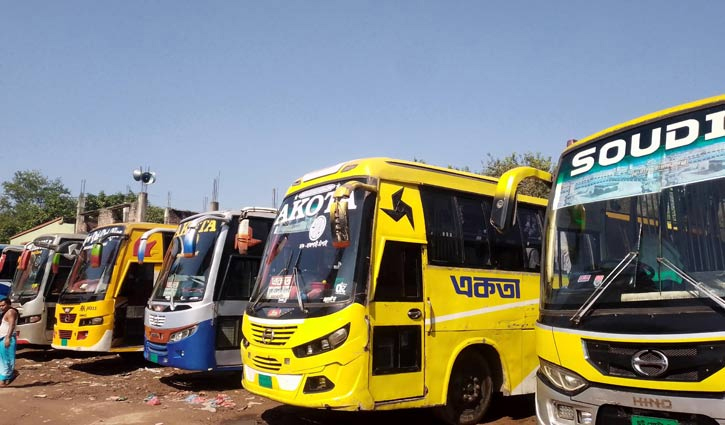 An indefinite transport strike is underway in Chapainawabganj district ahead of BNP’s divisional rally to be held in Rajshahi city on Saturday (3 December).

The strike began on Thursday morning. No bus left or entered Chapainawabganj from the other districts of the country, including capital Dhaka, since Wednesday evening. As a result, people are facing huge sufferings.

Chapainawabganj BNP Convener Golam Jakaria said the strike had been called to refrain the leaders and activists from joining the rally.

However, transport owners leader Hamidur Rahman Nannu said we have called the strike to press home our 10-point demands.

BNP will conclude the divisional rallies through a mass gathering in Dhaka city on 10 December, coinciding with International Human Rights Day.