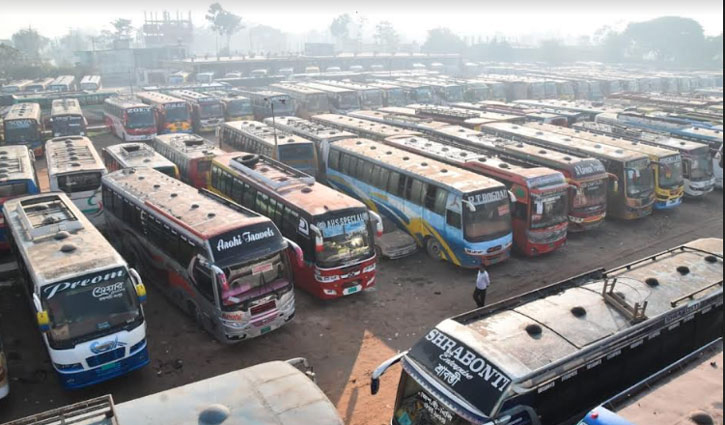 An indefinite transport strike is underway in all eight districts of Rajshahi division, ahead of BNP rally to be held in the city on Saturday (December 3).

No bus left or entered Rajshahi from the other districts of the country, including capital Dhaka, since this morning. But private cars, microbus and CNG auto-rickshaws are plying on roads.

Rajshahi Transport Owners Association has called the strike to press to home their 10 demands.  “We gave the authorities an ultimatum to ban the movement of illegal three-wheelers and battery-driven auto-rickshaws on highways by 30 November. The strike has been called as our demands were not met”, they said.

BNP leaders have alleged the transport strike is a strategy of the government to create obstacles and to refrain the leaders and activists from joining the rally.

BNP will conclude the divisional rallies through a mass gathering in Dhaka city on 10 December, coinciding with International Human Rights Day.