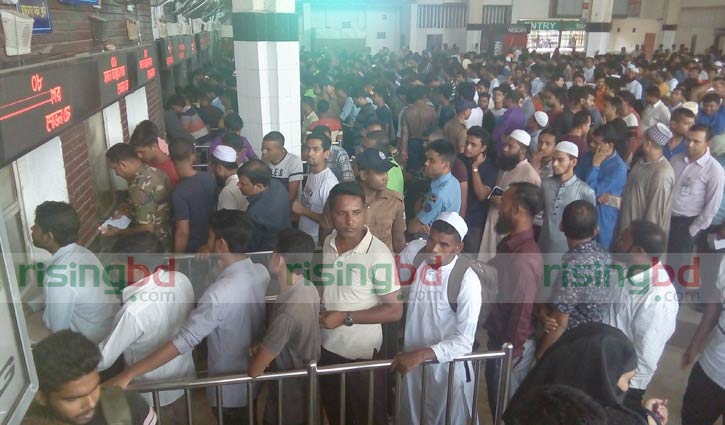 City dwellers usually collect advance tickets of buses, trains and launches to celebrate Eid with near and dear ones.

This time, e-ticketing service has been launched for holiday makers to get hassle-free tickets. But the service has already been questioned.

Kamalapur railway station witnessed a massive crowd of ticket asiprants for last three days as they failed to collect through e-ticketing service.

Of them, many stood in the queue at mid-night while many early in the morning. With raising sunshine, it was seen that most of the queues crossed premises of the station.

Those who crowded at the stations for advance ticket alleged that they attempted to ensure ticket online, but failed. They could not get tickets due to server complications. Later, they rushed to the stations as they failed to collect tickets online.

Allegations were also found that special individuals were getting tickets illegally by the people involved in ticket management. Besides, special booking assistants were also collecting tickets from counters for their relatives.

Common passengers alleged that they could not collect tickets after many attempts online. So, what’s up the bigger portion of tickets were allotted for online?

Ticket aspirants who gathered at other ticket counters like Tejgaon, Airport, Banani railway station and Phulbaria old railway building for tickets, also came up with allegations for hassle and sufferings.

He himself confessed to failure of rail-service apps after getting allegations from people.

He said, “Institution conducted e-ticketing system was give five days to fix the problems. If they failed to resolve it, all unsold tickets will be given to counters.

It is obviously a serious allegation raised over e-ticketing. Half of the total tickets were supposed to make sale online. We believe it is necessary to monitor how many tickets were selling transparently.

Thousands of people were gathering at station premises for tickets for last several days. Many of them returned home with empty hands which is unfortunate.

As tickets are inadequate compared to demands.  It needs monitoring whether any anomalies are being happened in selling tickets.

There are allegations over bus and launch tickets as well. Aspirants alleged of selling tickets at high prices. This sufferings of common people should be abated and ensured tickets for all. The authorities concerned should be aware in this regard. 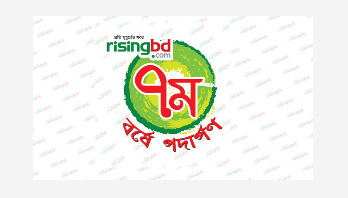