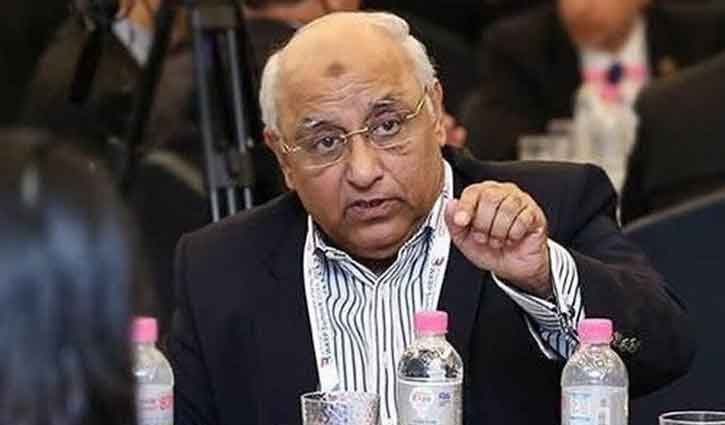 NGOs in association with the United Nations and religious communities in the globe are raising their voices on the need to correct inappropriate persecution and human rights violation against a religious group in South Korea named Shincheonji Church of Jesus.

In Bangladesh, a request was made to the government of South Korea to intervene this matter and treat HWPL justly, and let peace and harmony be done.” by Muhammad Mohsen Rashid, Secretary General of SAARC LAW (South Asian Association for Regional Co-operation in Law), which consists of 200 legal experts from the eight South Asian countries.

“Some disgruntled politicians and religious groups opposed to this initiative of HWPL is trying to shut down the HWPL activities and harassing the minorities who belong to the Shincheonji Church,” he added.

11 NGOs including European Coordination of Associations and Individuals for Freedom of Conscience (CAP-LC) submitted a report for “annual report for the UN High Commissioner for Human Rights” to the UN Secretary General at the 44th session in the UN Assembly Human Rights Council. The report is titled “scapegoating members of Shincheonji for COVID-19 in the Republic of Korea.”

By referring to the report from United States of America Commission of International Religious Freedom, the report to the UN said, “Shincheonji was suffering harassment from the South Korean government and society. Although some government measures appeared to be driven by legitimate public health concerns, others appeared to exaggerate the church’s role in the outbreak.”

“The government of Seoul locked down Shincheonji churches in the capital, and some mainline Protestant groups have accused the church of deliberately spreading the disease,” it continued.

The report stated, “The virus cannot be an excuse to violate human rights and religious liberty of hundreds of thousands of believers. Intolerance, violence, and discrimination against Shincheonji should be put to an end.”

Recently, Chairman Lee of Shincheonji Church of Jesus encouraged the members who recovered from the COVID-19 to voluntarily join in donation of plasma. Around 4,000 recovered members said they are willing to donate plasma for research on a new treatment.

He said that there has been political motives in persecution of Shincheonji Church of Jesus and HWPL (a peace NGO) by “using us (Shincheonji), the victims of COVID-19, as their scapegoat in order to hide their own faults.”