French billionaire Olivier Dassault, a politician and scion of the Dassault aircraft-making family, was killed in a helicopter crash on Sunday.

Dassault, 69 and a father-of-three, died around 6 pm (1700 GMT) when his helicopter crashed near the upmarket coastal resort of Deauville in northwest France, parliamentary and investigation sources said.

Macron called his death "a great loss" and sent his condolences to the Dassault family, one of the most influential in France with interests spanning aeronautics, defence, auctioneering, wine and the media.

The Dassault Aviation group has been a leading French plane manufacturer for the last 70 years and is behind the Falcon private jet, the Mirage warplane, and most recently the state-of-the art Rafale fighter.

Forbes magazine estimated that Olivier Dassault was the 361st most wealthy person on the planet in 2020, with a fortune estimated at around five billion euros ($6 billion) -- around the same as his three siblings. 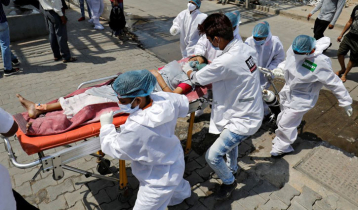