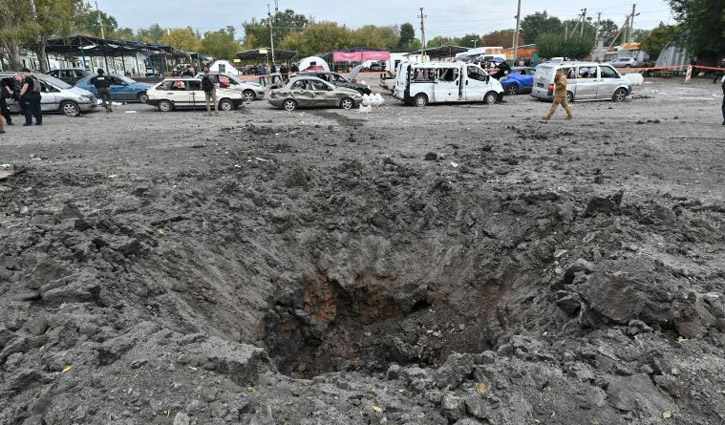 A Ukraine official said a Russian missile attack on the Ukrainian city of Zaporizhzhia killed at least 23 people and wounded dozens of others. A Russian official blamed Ukrainian forces for the deadly strike, reports al-jazeera.

The convoy of civilian vehicles assembled on the city’s edge on Friday, preparing to leave the area and visit relatives and deliver supplies in an area controlled by Russia when it was hit.

The impact blew out car windows and vehicles were punctured by shrapnel, a witness said.

“As of now, we know about 23 dead and 28 injured. All civilians, local people. Burn in hell damned Russians,” Zaporizhia regional Governor Oleksandr Starukh announced in an online statement.

He posted images of burned-out vehicles and bodies lying on the road.

Starukh said those in the convoy planned to travel into Russian-occupied territory to pick up their relatives and then take them to safety.

However, Vladimir Rogov, an official in the Russian-installed administration in the Zaporizhia region, blamed the attack on Ukrainian forces.