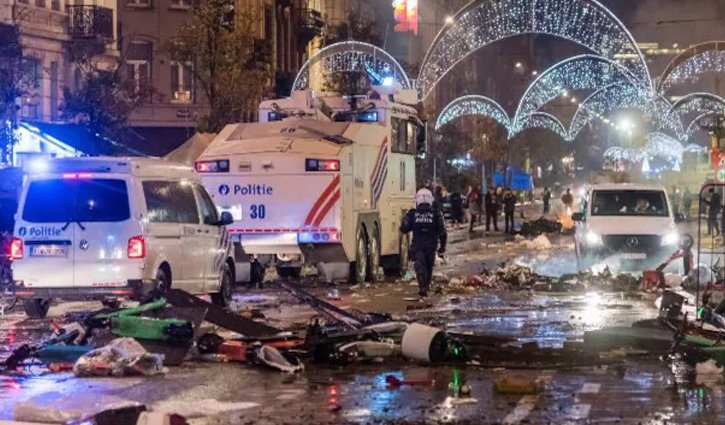 Dozens of fans smashed shop windows, threw fireworks and torched vehicles in the centre of Brussels after Morocco’s 2-0 upset win over Belgium at the World Cup on Sunday.

Police sealed off parts of the centre of Brussels, deployed water cannons and fired tear gas to disperse crowds.

Police spokeswoman Ilse Van de Keere said some fans were armed with sticks and a journalist “was injured in the face by fireworks”.
Police said that 11 people had been arrested with one remaining in custody.

Even before the end of the match, “dozens of people, including some wearing hoodies, sought confrontation with the police, which compromised public safety,” Brussels police said in a statement.

Brussels mayor Philippe Close urged people to stay away from the city centre and said authorities were doing their utmost to keep order in the streets. Even subway and tram traffic had to be interrupted on police orders.

There were also disturbances in the city of Antwerp.