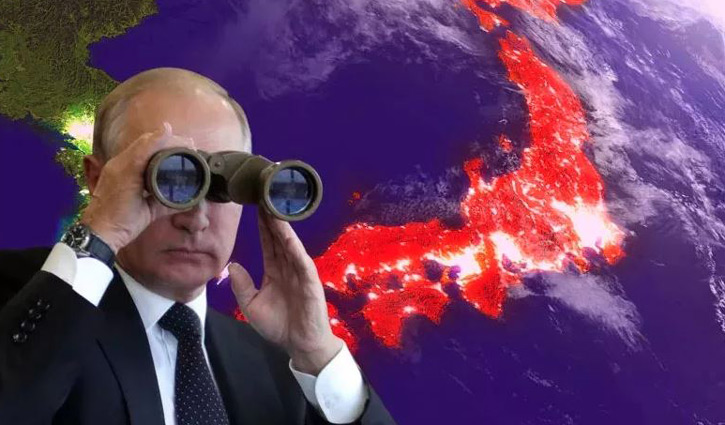 Russia in 2021 was preparing to attack Japan just months before Russia’s President Vladimir Putin launched a full-scale invasion of Ukraine, new leaked letters from the Federal Security Service of the Russian Federation (FSB), the successor agency to the Soviet Union's KGB accessed by Newsweek revealed.

An email sent by a whistleblower at FSB dubbed 'Wind of Change' on March 17 to Russian human-rights activist Vladimir Osechkin revealed that Russia president Vladimir Putin was “quite seriously preparing for a localized military conflict with Japan” in August. This came just months before Russia launched a military intervention in neighbouring Ukraine.

The FSB whistleblower detailed the movements of Russian helicopters that were preparing to target Japan. Russia's cyber propaganda machine was launched around the same time that was labellong the Japanese as “Nazis” and “fascists.” Ties between Russia and Japan thrawted over signing of the peace treaty to formally end World War II which wasn’t done by the governments on either side. The two countries also have bilateral disputes over a group of islands occupied by Russia, that Japan lays its sovereign claims on.

In March, Japan’s Foreign Minister Yoshimasa Hayashi referred to the Kuril Islands as an integral part of Japan and not Russia. During a debate in the National Diet (Parliament), he termed the region as the original territories of Japan. Affirming that Japan's stance on the long-standing disputed territory remains unchanged, the Minister said the islands are ‘primordially Japanese’ escalating tensions.  Japanese Minister stressed that Russia’s occupation in the Islands contradicts international rules based order as he also slammed invasion of Ukraine. Moscow meanwhile responded saying that it would give a Russian name to the Kuril Islands. While Moscow terms the isles part of its Kuril chain, Japan calls its Northern Territories. _Agencies