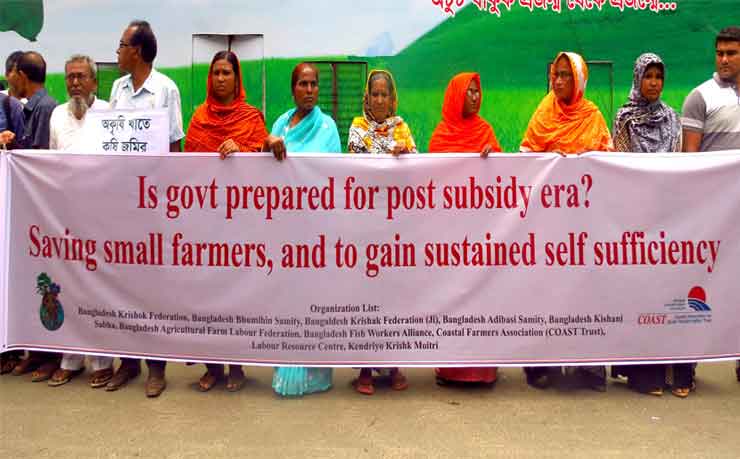 Staff Correspondent: 12 farmers’ organizations have termed the recent WTO treaty on subsidy withdrawal from agriculture in the 2016-17 budget as suicidal for the food security of Bangladesh.

Leaders of the organization made the remark while addressing a human chain titled ‘Is govt prepared for post subsidy era, saving small farmers, and to gain sustained self sufficiency’ in front of the National Press Club in the city on Saturday.

They said that the 10th Ministerial Conference of World Trade Organization (WTO) has decided to bring an end to agriculture subsidies. Developing countries will remove subsidies within 2023, Least Developed Countries (LDCs) and net food-importing countries will do that within 2030. It means countries like Bangladesh have to stop all its supports towards agriculture.