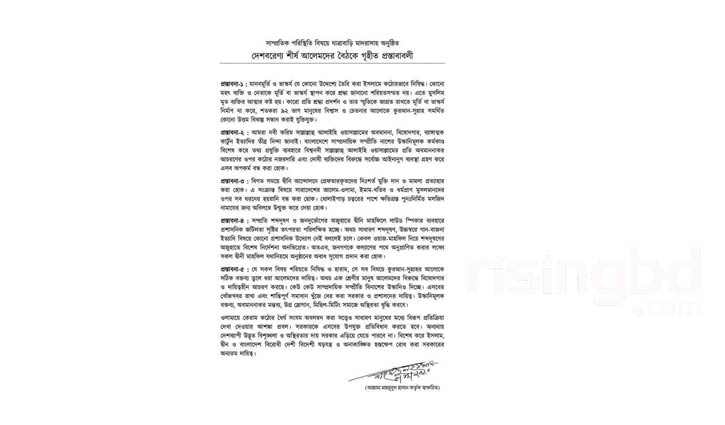 Top scholars of Qaumi discipline have made five proposals to resolve the situation arising out of the construction of Bangabandhu Sheikh Mujibur Rahman’s sculpture at Dholaipara in the capital.

They have expressed their willing to meet Prime Minister over these decisions. They want an acceptable solution in this connection.

The proposals were made at a meeting held at Jatrabari Madrasa in the capital on Saturday (December 5) at noon.

The proposals are:
1.    Construction of any sculpture, no matter what the purpose, is forbidden in Islam. Therefore, in light of beliefs of 92% people, it is necessary to find an alternative way supported by the Quran and Sunnah without creating sculptures.
2.    The highest legal action including strict surveillance should be taken against the culprits over the abusive behavior of the Prophet (PBUH).
3.    Scholars arrested earlier must have to be released.
4.    The use of loudspeaker must be allowed in Waz Mahfil (Islamic Conference).
5.    Provocative and derogatory remarks must be strictly monitored.
The meeting was chaired by Mahmudul Hasan, Acting President of Qaumi Madrasa Education Board (Befaq) and Chairman of Al Hayatul Ulia Lil Jamiatil Qaumiya Bangladesh. 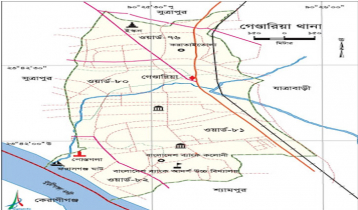