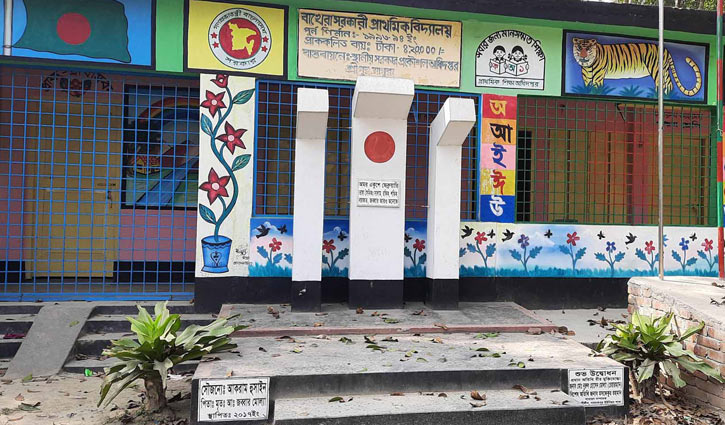 A name plaque of a ‘Razakar’ is found at a Shaheed Minar in Sabdalpur union under Sreepur upazila of Magura district.

It was known that Razakar Jabbar Mollah alias Jabbar Sardar, his brother Abed Ali, Rashed Mollah, Bilat Ali Sardar and their family members committed crimes in their village during the liberation war. They fled the area after the independence war. Later, they returned back to the village. To the locals, they are still known as Razakars. Locals complained that the names of Razakar and his son were put in the Shaheed Minar intentionally.

Following the issue, Bangladesh Udichi Shilpigosthi Magura district unit drama secretary Al Amin said, “A negative message is being sent to the new generation due to the Razakar’s name in the Shaheed Minar. We want the removal of the name from there.”

Sabdalpur union parishad chairman Muktijoddha Nurul Hossain Mollah claimed that he doesn’t know anything about the name of Razakar.