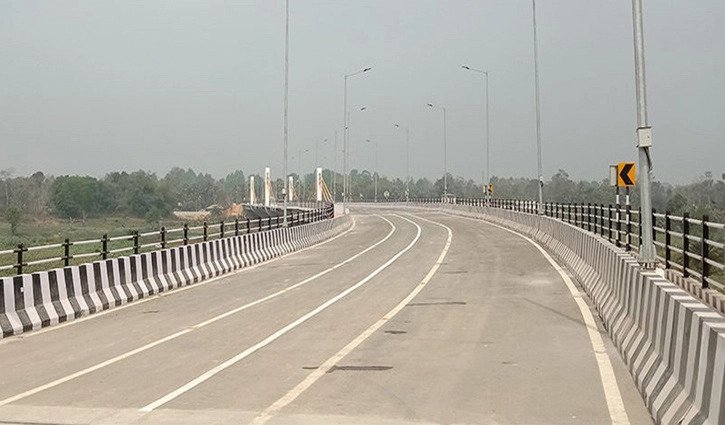 The Indian state of Tripura is going to be connected with Bangladesh through a bridge. Indian Prime Minister Narendra Modi is set to virtually inaugurate the bridge over the Feni River on Tuesday (March 9).

The bridge will be opened at 12:00 pm on Tuesday, Indian High Commission sources in Dhaka said on Monday (March 8).

The bridge connects Doulbari of Sabroom, South Tripura, India with Ramgarh in Khagrachhari district of Bangladesh. If it is launched, in the future, the north-eastern states of India will be able to use the port of Chattogram through Tripura. To this end, India and Bangladesh agreed to build a bridge. India has borne the entire cost of constructing the bridge. The project of Tk 133 crore was overseen by the National Highways and Infrastructure Development Corporation Ltd of India.