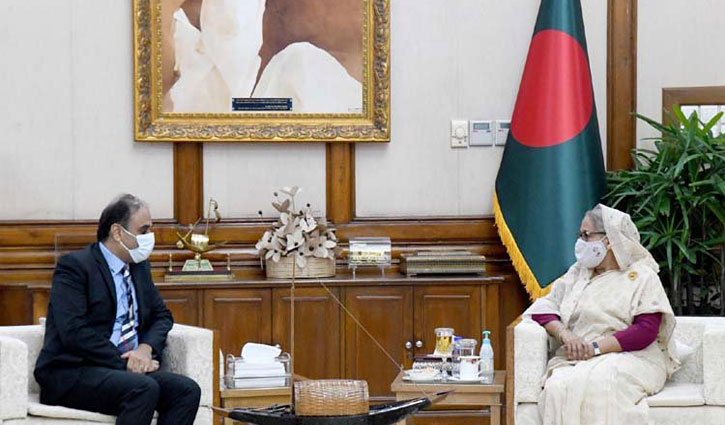 Prime Minister Sheikh Hasina on Monday (October 25) said South Asian nations should work to eliminate the curse of hunger, poverty and illiteracy and for the well-being of the people in the region.

She said this while newly-appointed Pakistan High Commissioner to Bangladesh Imran Ahmed Siddiqui paid a courtesy call on her at her official Ganabhaban residence here.

The prime minister said the cardinal principle of Bangladesh's foreign policy, enunciated by Father of the Nation Bangabandhu Sheikh Mujibur Rahman, is "Friendship to all, malice to none".

He also presented a photo album, photo of the painting and video footage of Father of the Nation Bangabandhu Sheikh Mujibur Rahman's visit to Pakistan as Bangladesh’s prime minister to attend the OIC (Organisation of Islamic Countries) summit in 1974.

Sheikh Hasina thanked the Pakistan high commissioner for handing over the historic souvenir related to the memories of Bangabandhu.

The prime minister also appreciated the publication of a calligraphy book in Bangla by Pakistan on the occasion of the Golden Jubilee of Bangladesh's independence. 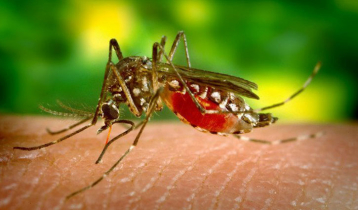 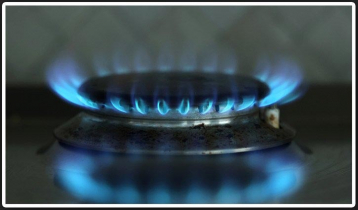 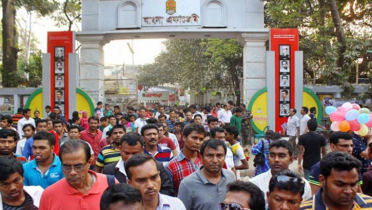 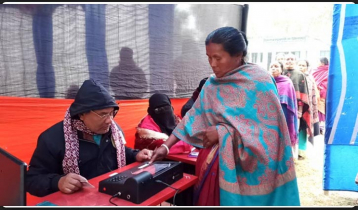