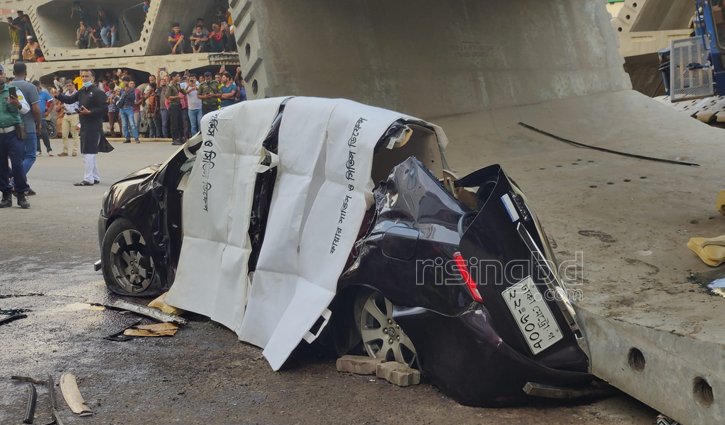 The 150 tonnes of girder of the Bus Rapid Transit (BRT) project that fell on a private car has been removed from the crashed vehicle in Uttara.

Rescuers used excavator to remove the girder and recovered total five bodies from the debris. 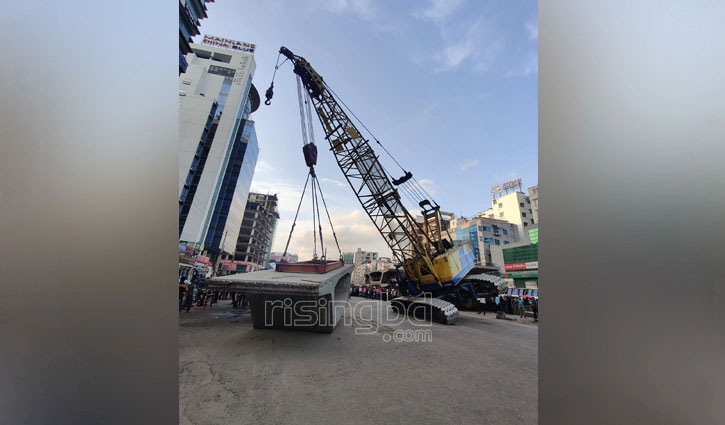 Earlier, the incident took place in Jashimuddin road area of Uttara around 4:15pm on Monday (August 15). Sources said, a total of seven people were in the car. Of them five were lost their lives on the spot while two other members of the family, a newly married couple, were rescued from the crushed vehicle. Fire Service’s Dhaka Zone-3 Deputy Assistant Director Saifuzzaman said, initially it was not possible to remove the 150 tonnes of girder. Later, an excavator was taken there and that took additional three hours to remove the girder.