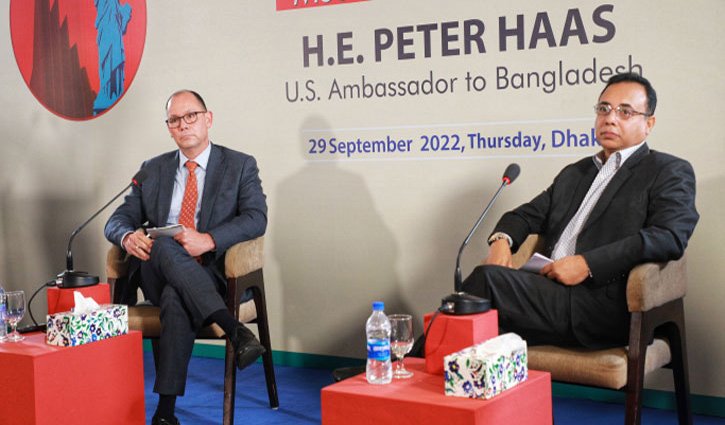 US Ambassador to Bangladesh Peter Haas said that the sanctions on Rapid Action Battalion (RAB) are not intended to punish but to change behaviour and hold them accountable.

The envoy said this while addressing a program titled "Meet the Ambassador" organised by the Center for Governance Studies and German think tank Friedrich Ebert Stiftung at Khazana Restaurant in Gulshan on Thursday (September 29).

He said, the sanctions imposed by the US against the Rapid Action Battalion (RAB) will remain in effect until accountability and reform are ensured.

In reply to a question, he said, US wants a free and fair election with international standards and does not favour any political party.

Following the Rohingya repatriation issue, the US envoy said, we have imposed sanction against Myanmar. We are trying to create pressure internationally in this regard. Besides, we have taken several initiatives.