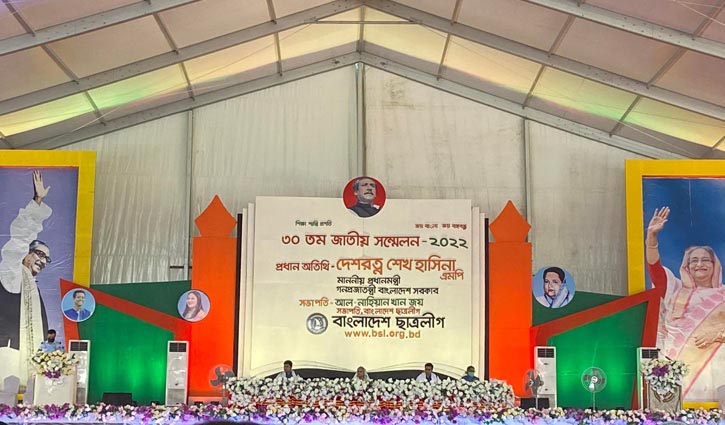 Awami League President and Prime Minister Sheikh Hasina inaugurated the 30th national council of Bangladesh Chhatra League (BCL) around 11:15 am on Tuesday at the historic Suhrawardy Udyan in the capital.

President Al-Nahean Khan Joy and General Secretary Lekhak Bhattacharjee are conducting the sessions of the council.

Leaders and members started gathering at the venue from the morning. There was a festive mood all around with colourful banners and decorations in places of the city.