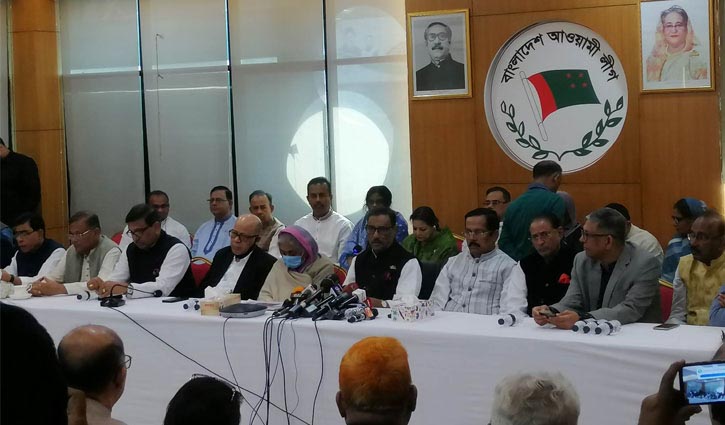 Awami League General Secretary and Road Transport and Bridges Minister Obaidul Quader has warned if violence is committed in the name of the movement, it will be resisted by the Awami League.

“The Awami League will not attack anyone but if anyone attacks us, we will resist them”, said Obaidul Quader.

The Awami League general secretary made the warning at a joint meeting at its office in the city on Thursday.