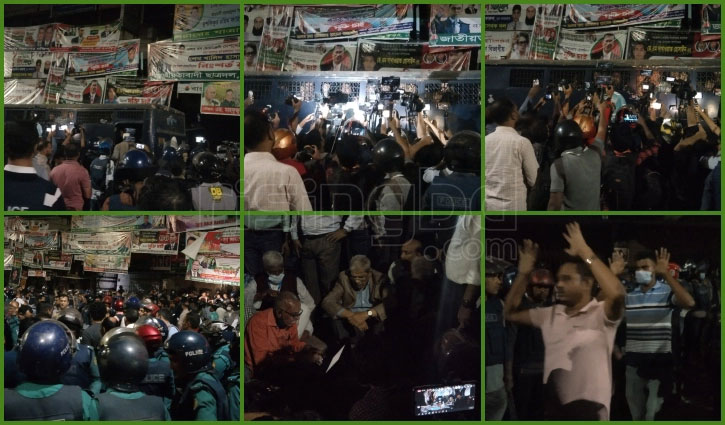 A case was filed by police accusing 473 identified BNP men and 1500 to 2000 unnamed ones over a clash between police and supporters of the party that took place yesterday in the capital’s Nayapaltan, leaving one dead and many others injured

The case was filed with Paltan Police Station following the attack on police and under the explosives act, said Salahuddin Mia, Officer-in-Charge (OC) of the police station, on Thursday (December 8).

“Several people have been shown arrested in the case and the remaining will be brought under the purview of law after investigating the incident,” the OC said.