Dhaka Metropolitan Police (DMP) has given BNP permission to hold a rally at Suhrawardy Udyan in the capital on 26 conditions on December 10. However, BNP leaders want to hold the rally in front of their party’s central office in Nayapaltan.

The permission letter signed by Deputy Commissioner (Headquarters and Administration) Abdul Momen on behalf of the DMP Commissioner was delivered to the central office of BNP on Tuesday (November 29) afternoon.

The letter sent from DMP to Senior Joint Secretary General of BNP Advocate Ruhul Kabir Rizvi said, “In view of the application submitted on November 20 regarding the permission to hold the Dhaka divisional mass rally, it is informed that holding the mass rally opposite the BNP’s central office in Nayapaltan will cause traffic jams and civil suffering. So, instead of the venue Nayapaltan, Bangladesh Nationalist Party (BNP) has been allowed to hold a mass rally at Suhrawardy Udyan from 12:00 pm to 4:00 pm on December 10, subject to the following conditions being duly observed.

Publicity Secretary of BNP Shahiduddin Chowdhury Annie said, “We will hold a rally in front of the party office in Nayapaltan. This is our party’s decision so far. We will hold a peaceful rally there.” 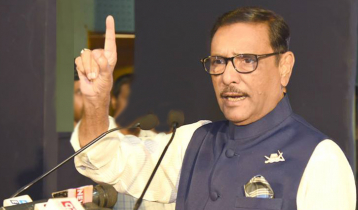