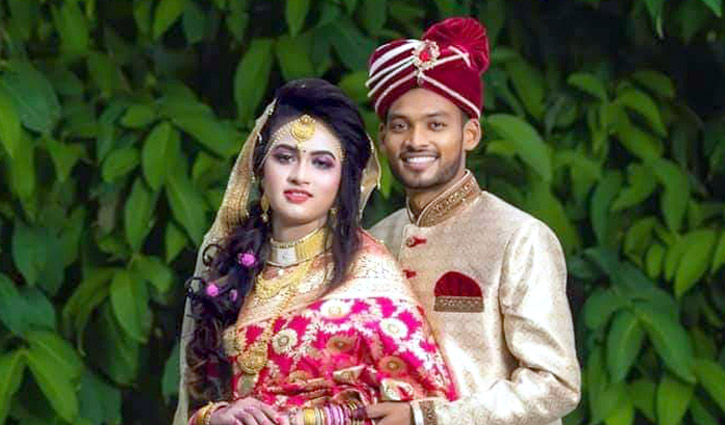 Bangladesh national team cricketer Najmul Hossain Shanto has started new innings of his life. The left-arm batsman tied the knot with his girlfriend on July 11, after 4 years of dating.

His wife is known as Sabrin Sultana Ratna, a third-year student of Rajshahi University. They have been in a relationship for four years. They came close one another as they both are from Rajshahi. However, their families played the important role to turn the relationship into marriage.

Shant has played four Tests, five ODIs and two T20I matches for Bangladesh national cricket team. In the last BPL, he scored a brilliant century (115 *) against Dhaka Platoon for Khulna Tigers. The 22-year-old cricketer became the 5th Bangladeshi to score a century in BPL. No one has yet been able to break Shanto’s record of 1820 runs in U-19 cricket.