Bangladesh to take on India in 1st ODI 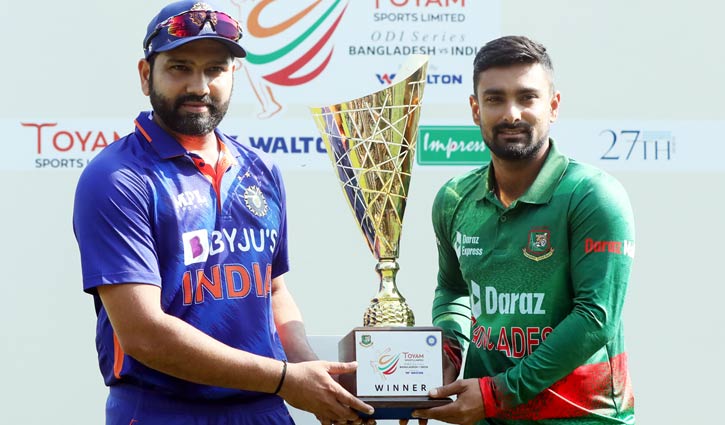 Bangladesh will take on India today with a hope to clinch yet another ODI series against the country as the two side lock horn for a three-match series for the first time since 2015.

The first match of the three-match series will begin at Sher-e-Bangla National Cricket Stadium at 12 pm. The match will be aired live on T-sports and Gazi Television.

Bangladesh won their only ODI series against the mighty neighbour in 2015 by securing the three-match series 2-1 at home.

Liton Das, who was appointed as captain in absence of injured Tamim Iqbal, feels that there is no reason that they couldn’t replicate the performance of 2015, especially when they are playing at home.