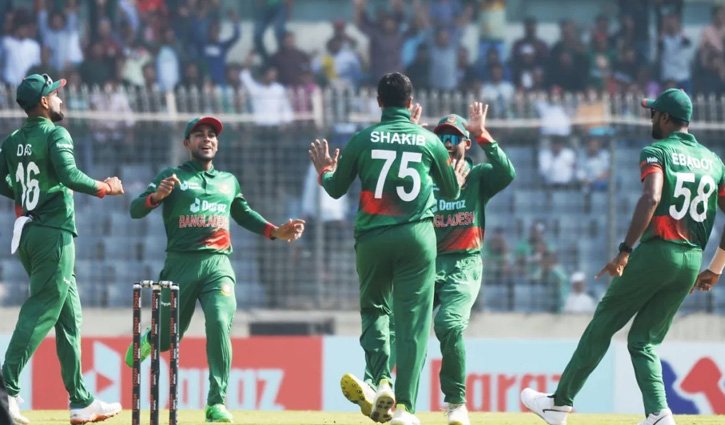 India set a target of 187 runs for Bangladesh in the first of the three-match ODI series being played at Mirpur Sher-e-Bangla National Cricket Stadium in Dhaka on Sunday (December 4).

Earlier, Bangladesh won the toss and invited India to bat first in the first ODI.

After being sent into batting, India scored 186 runs with the loss of all wickets in 41.2 overs.