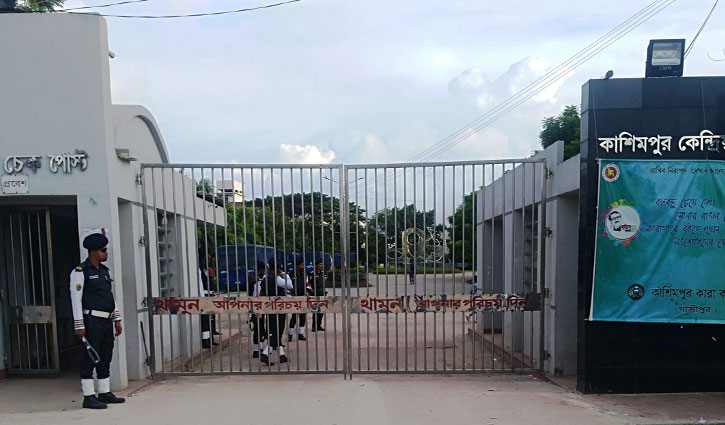 Security has been tightened at Kashimpur jail complex in Gazipur. A ‘Striking Force’ has been formed to tackle any sudden unexpected situation.

The movement of prisoners including militants is being monitored and strict security measures have been taken inside and outside the jail.

He further said, “Strict security measures have been taken inside and outside the jail as per instructions of jail administration. Striking force has been formed. It has 8 members including one jailer, one deputy jailer and chief jail guard. Security at the main gate of the jail complex has also been beefed up. Now no one can enter the jail premises.”

It is learnt that recently, miscreants sent a flying letter to Lalmonirhat district jail authorities threatening to snatch militants through blasting bombs. The prison administration then sent letters to strengthen security in prisons across the country.