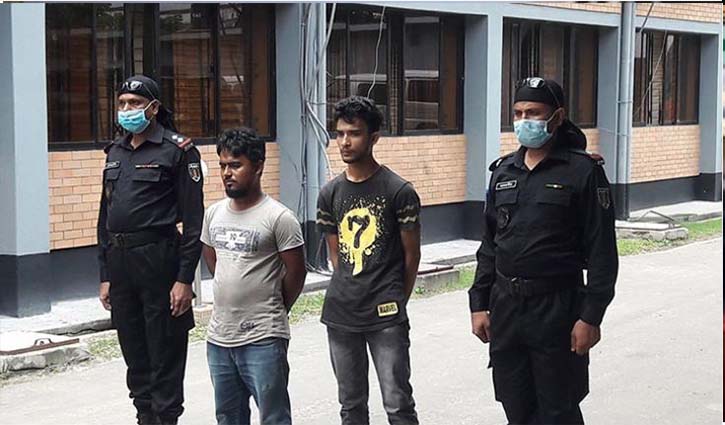 Rapid Action Battalion (RAB) has arrested two key accused in a case filed over beating up of a woman stripped naked in Noakhali's Begumganj upazila after a video of the incident went viral on social media.

In primary interrogation, the key accused have confessed to RAB that they posted the video of torture in facebook as the woman refused their bad proposal.

RAB-11 Commander Lt. Col Khandokar Saiful Alam informed this to newsmen at a press briefing on Monday noon in Narayanganj.

RAB arrested Delwar from Narayanganj and as per his confessional statement the main accused Badal was arrested from Kamrangirchar in Dhaka.

The woman was tortured at Eklashpur union at Begumganj upazila in Noakhali district.

Police arrested two other accused in this connection, and the arrestees are Md Rahim, 25, son of Sheikh Ahmed Dulal at Joykrishnapur village under Eklashpur union, and Md Rahmat Ullah, 38, son of late Abdur Rahim. Police arrested them in seven hours of a drive.