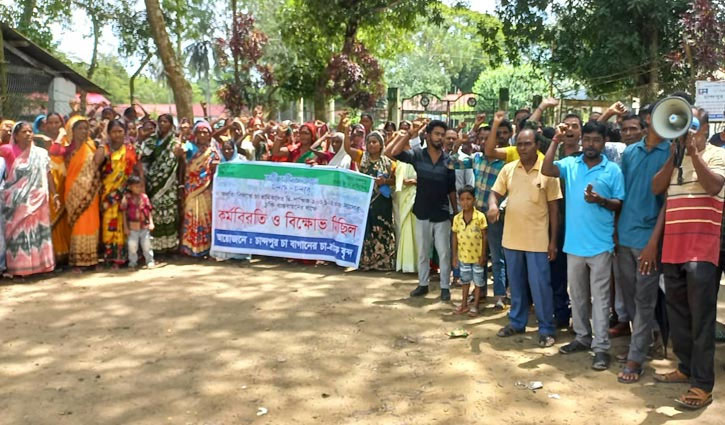 Workers of tea gardens in Habiganj district are continuing their strike for the eight consecutive days, demanding an increase in their daily wages from Tk 120 to Tk 300.

Tea production has remained halted, and tea leaves are being damaged. As a result, tea gardens may incur huge loss, sources said.

Programmes like human chain, protest meetings and processions have continued inside the gardens.

The Department of Labour is going to hold a meeting between owners of tea gardens and workers in Sreemangal today (Saturday).

On Wednesday, the Department of Labour arranged a tripartite meeting between owners of tea gardens and workers in Dhaka that ended after six hours without any agreement between the owners and workers.

On Thursday morning, thousands of women and men gathered in front of the Finley Tea factory in Sreemangal and protested by forming a human chain.

Nripen Pal, acting general secretary of the Bangladesh Tea Workers Union, said owners have agreed to give Tk 140 per day but we demand Tk 300. The movement will continue until their demand is met.