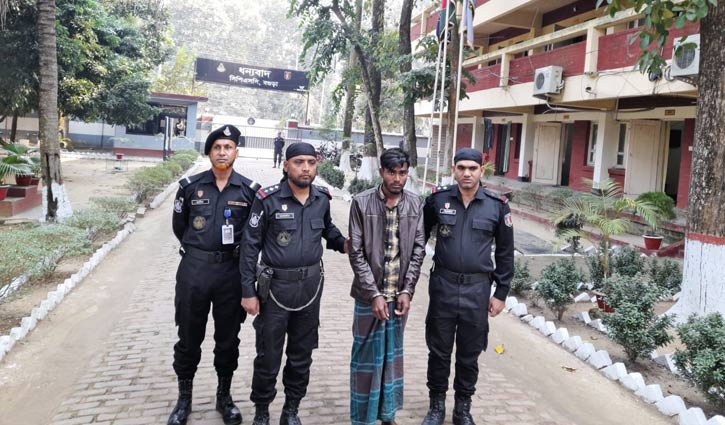 Rapid Action Battalion (RAB) on Tuesday (November 29) night held a youth for allegedly spreading offensive video of a schoolgirl on inter in Bogura.

The detainee was known as Rasel, 21,  son of Abdus Sattar of Haskhali Dehpara Pashchim Kantanagar village under Dhunot upazila of the district.

He said, “Rasel secretly filmed the bathing scene of the schoolgirl. Later, he spread it on social media. Victim’s mother filed a case with Dhunot Police Station in this connection. The family filed a complaint to RAB-12 as well. Then, RAB conducted a drive and held Rasel.

Touhidul Mobin further said, “Rasel confessed to his involvement in the incident in primary investigation. He will be handed over to the Investigation Officer (IO) of the case.”