Janmashtami is a religious celebration of Hindu people marking the birth of Lord Krishna popularly known as Sri Krishna. People know Him using other names as well, such as Girdhari- one who lifted Govardhan hill, Devakinandan- son of Devaki and Vasudev, Parthasarthy- chariot rider for Arjuna, Gopal- who takes care of cows, and many other names. The followers of Hinduism (Sanatana) observe Janmashtami with due religious fervour every year.

According to many scholars Krishna lived on earth between 3200 and 3100 BC. The historical background of the birth of lord Krishna depicts that Lord Vishnu incarnated in the universe as Lord Krishna in the prison of Raja Kangsa on this day, the eighth of "Shukla Pakkha" (bright fortnight) in the month of Bengali calendar Bhadra in Dwapara Yuga in order to protect "Dharma" from the hands of devils.

On this auspicious day of Janmashtami the tale of Krishna's birth is recited and remembered at temples and households. The story signifies the divine power of lord Krishna. Devotional songs dedicated to lord Krishna are sung at home and temples. People visit temples at night to offer prayers in front of Krishna's idol with unfathomable faith. Devotees fast for the whole day and break in the midnight or on the next day. Fragrance of the flowers, soothing aroma of burning camphor and jingle of the temple bells fill the atmosphere with divinity.

Lord Krishna was not only divine but also heroic. Krishna is believed to have defeated numerous dragons and monsters, and eventually, as predicted, killed his half-uncle, the tyrannical king Kangsha. Lord Krishna is the Supreme Personality of Godhead, as described by the Vedas.

Krishna literally "dark, black, dark-blue" is a central figure of Hinduism and is the principal character of the Bhagavad Gita, along with Arjuna. Krishna is identified as a historical individual who participated in the events of the Mahabharata. Krishna is often described as an infant or young boy playing a flute as in the Bhagavata Purana, or as a youthful prince giving direction and guidance sitting on a chariot as portrayed in the Bhagavad Gita.

His message has been an eternal source of enlightenment, not only to spiritual aspirants, but also to patriots and philanthropists, social and religious reformers, politicians, and all the people. He has been a model of perfection, a nation-builder, a creator of unity among diverse creeds, a friend of the deprived and down-trodden, a punisher of the wicked and a savior of the virtuous; an embodiment of love, grace, purity and protection on the one hand, and of power, glory and magnificence on the other.

Shri Krishna represents the principles and spirit of Hinduism (Sanatan Religion). It was He who synthesized the ideals of disinterested Action (Karma Yoga), Knowledge (Gyan Yoga), and Devotion (Bhakti Yoga). He preached the doctrine of harmony among all sects. It was He who pronounced once and for all the reason for God incarnating Himself in the famous verses:

“Whenever, there is a decline in righteousness and an upsurge in unrighteousness, O Arjuna, I then manifest Myself. For the protection of the virtuous and the destruction of the wicked, I come into being from age after age.” (Gita 4: 7-8).

Sri Krishna declares that all faiths ultimately lead to the same goal, and that the different paths which people follow are all His Pathways:

“However, the way devotees worship Me, so do I approach them; for all men ultimately follow My path.” (Gita 4:11).

Sri Krishna’s life was His message; He practiced what He preached. He is the very embodiment of the ideal of Karma Yoga. He teaches that we must remain unperturbed by any circumstances, and accept success or failure with an even mind and calm spirit. Our actions must not be motivated by our greed for personal name, fame, or fortune, but by the desire to do good to others. In this way, we must set an example for others to follow and leave our foot-prints, which will guide them too on the path of duty. Lord Krishna says that the leaders have a greater burden in this regard: “Whatever a great man does, that very thing other men do; whatever standard he sets up, the general public follow.” (Gita 3: 21).

Common people pay attention to the standards set by leaders of society. They are the path-makers who blaze the trail that other people follow. Sri Krishna teaches that our every action ought to be sacred worship. “Whatever you do, whatever you eat, whatever you offer as oblation, whatever you bestow as gift, whatever you do as penance – offer it all to Me.” (Gita 9:27).

By declaring that those who work only to satisfy their own greed and appetite are selfish and committing sin, He is giving us a pattern of socialism which is religious in outlook and truly a doctrine of Hinduism. It is only selfless interest in our duties that will lead us to self-knowledge. Self-giving results in the consecration of all acts to God. The tide of our common tasks of daily life must flow through the worship of God. Love of God is not an escape from the harshness of life, but a dedication for service to God and humanity:
“You have the right to work, but never to gather the fruits thereof; let not the consequences of work be your incentive, nor let there be tendency to inactivity.”(Gita 2:47). This is the ideal of Karma Yoga, as embodied in the Gita, which has inspired thousands of men and women to fulfill their duty regardless of the consequences.

“To thine own self be true,” says William Shakespeare in Hamlet. Here, a father is advising his son to follow his self-ideals, or prescribed, natural duties. Lord Krishna advises that it is better to perform one’s own prescribed duties, even imperfectly, than to do with perfection the duties prescribed for    another. This is a great message for us to perform our own religious practices peacefully without disturbing or criticizing other beliefs or religions.

The Law of Karma declares that we are the builders of our own destiny. We are not only the results of our past deeds, but by our own present deeds we are also building our future. So, Sri Krishna declares: “A person should uplift himself by his own efforts, and should never despair or degrade himself; for his own self is his friend, and again his very self can be his own enemy.” (Gita 6: 5).

Lord Sri Krishna teaches us to avoid excesses and practise moderation in everything. In Gita 6:16-17, He says: “Yoga, (spiritual discipline), which rids one of miseries, is not meant for those who eat too much, who sleep or keep awake too much, nor for those who indulge in unnecessary and long fasting. Yoga takes away the sorrows of those who are moderate in their eating and recreation, moderate in all their actions.”

He prescribes the Golden Mean – the Middle Path. According to philosophers, virtue is a mean between two extremes. The middle path is the solution to life; neither asceticism on the one hand, nor license and perversion on the other hand. Everything is for use, and everything must be used wisely in order to be fully enjoyed.

The last word of Sri Krishna recommends complete resignation to the will of God. Egoism must be totally sacrificed. “Always think of Me, be devoted to Me, worship Me, and offer obeisance to Me. Doing so, you will certainly come to Me. This is My pledge to you, for you are very dear to Me.” (Gita 18:65) This is the promise of the most Merciful Lord Sri Krishna to all mankind. In Krishna, there is hope for redemption.

Sri Krishna is the Godhead in the life and culture of the Hindu people. In Krishna there appeared the force of all the deities and the holy Gita has become incarnate as a redemptive Power of Life. His legacy for us forms a bridge between the realm of mortality, the material world where we presently live, and the realm of immortality, the spiritual world where we eternally belong. On this auspicious occasion of Janmashtami, we pray to Lord Krishna to keep all the people of the world in peace, happiness and safety. Swami Harshananda truly says, "If a person can affect such a profound impact on the Hindu race affecting its psyche and ethos and all aspects of its life for centuries, he is no less than God." One has to study a lot to know Lord Krishna and His legacy. 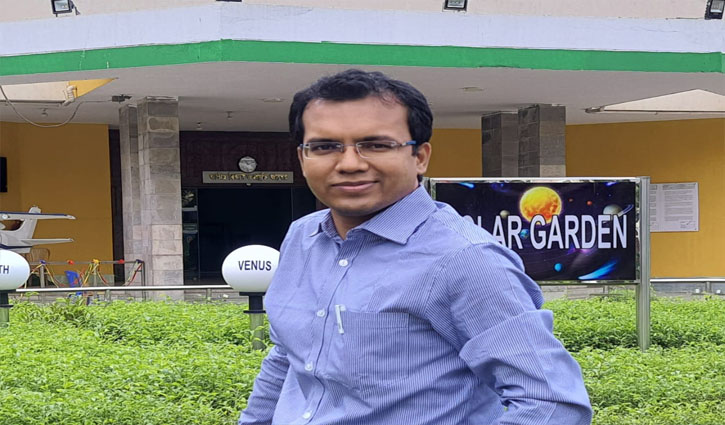