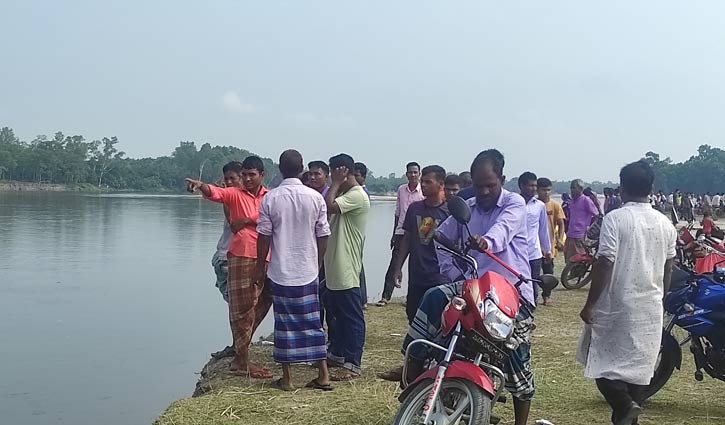 Relatives of missing people and locals crowd on the spot

Some 26 dead bodies were recovered on Monday (September 26), the second day of boat capsize in Panchagarh’s Korotoa River, rising the death toll to 50.

Many more have still remained missing in connection with the trawler capsize.

He said, “A total of 24 bodies were recovered on Sunday (September 25) after the boat capsized in Karatoya in Boda upazila of Panchagarh.”

He further said, “Some 26 dead bodies were found on Monday, the second day of the incident, rising the toll to 50. Deceased family has been given Tk 20,000 each.”

The boat carrying 60-70 passengers, including women and children, sank in the middle of the river while heading towards Badheshwar Temple on the occasion of Mayalaya on Sunday (September 25) noon.